“What’s ‘Premier’? I think it relates to when Manolo de la Reguera once received a telegram from a young student in which he asked about who is the best pitcher in Cuba, and he said it was me. I was happy because he said that I was the top pitcher in this country during that time.” 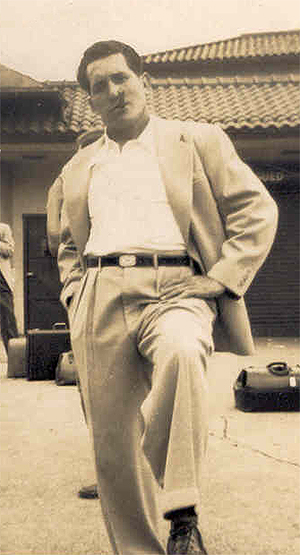 Connie Marrero was one of the better players to embark to America on the Washington Senators’ “Cuban Express,” even if he didn’t arrive until age 38.

I’ve been trying to interview Connie Marrero (the oldest living former major league player, at the age of 100 during the posting of this interview on August 7, 2011) for a couple of years now. It has been difficult, because he doesn’t speak English and my Spanish isn’t great and he lives in Cuba. But, through his grandson, I was able to get a very short interview with Marrero recently.

Conrado Eugenio “Connie” Marrero Ramos (born April 25, 1911) is a former Cuban professional baseball pitcher who pitched in the majors from 1950-1954 for the Washington Senators. Marrero made his major league debut when he was 38 years old, making him one of the oldest players in the league. He was a popular player in his native Cuba, where he had a long and successful career in amateur baseball, pitching for Cuba in several Amateur World Series competitions, and playing several outstanding seasons with the professional Cuban League and the minor league Havana Cubans.

The right-hander was best known for throwing slow pitches to fool the opposing hitters, mostly off-speed curves, sliders and knucklers. Marrero’s career Cuban League record was 69–43. His .600 winning percentage is the sixth highest in league history among pitchers with at least 40 wins.

Marrero finished his major league career with a 39–40 record and a 3.67 ERA, which was eight percent better than the league average (after adjusting for ballpark differences). He pitched 51 complete games, including seven shutouts, in his 94 starts. He was selected to the 1951 American League All-Star team, though he didn’t play.

When did you realize that you could make a living playing baseball? “In the year 1946, when I decided to jump into professional baseball in Mexico.”

How did your three nicknames: “El Guajiro de Laberinto,” “Premier” and “El Curvo” come about? “El Guajiro de Laberinto” was given to me when I took my first steps on the mound. The nickname always more or less said “today the peasant who lives in Labertino is going to pitch.” And apparently it stuck and became a nickname that everyone was saying. What’s “Premier”? I think it relates to when Manolo de la Reguera once received a telegram from a young student in which he asked about who is the best pitcher in Cuba, and he said it was me. I was happy because he said that I was the top pitcher in this country during that time. I guess they liked the nickname and started calling me that. Why did people start calling me “The Curve”? When I was in the majors, I think the American press noticed that I threw a lot of curve balls, so that’s how that started.”

What is the best game you pitched at any level? “The best game I threw, the one that had more emotion and has special memories for me, was the first game I pitched in Cuba when I was a youngster. It was against Cienfuegos, our rival, long before I even began to dream of playing organized ball in the United States. That game began my destiny in baseball.”

Who was a better team: The Havana Cubans or the Washington Senators? “Arguably you cannot get into comparisons with two leagues playing baseball at different levels. There can be no comparison.” 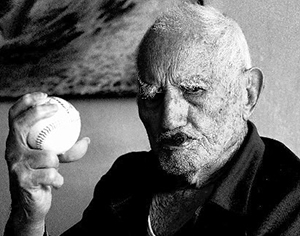 While many ex-major leaguers of Cuban descent left their homeland after the rise of Fidel Castro, Marrero stayed: “I was born here, and I will die here.”

Would you have won many more games in the majors if you pitched for a better team than the lowly Washington Senators? “Possibly if I had pitched with the New York Yankees, I would have won at least five more games per season over what I achieved in my career with the Senators.”

People said you looked more like a shopkeeper or a farmer rather than a pitcher. “Because I was short and they said I was round. I remember that after playing with the Washington Senators for a while, a sportswriter wrote an article claiming that I looked like the opposite of an athlete.”

Why do you think you’ve lived this long (100 years)? “I’ve always said that maybe there is a reason why I have not yet been called for my eternal rest. I don’t know.”

Did you ever smoke tobacco or drink alcohol in excess? “I smoked a little and drank normal, but two days before I was scheduled to pitch, women and rum were forbidden, because I cared.”

Tell us who your friends were when you played with the Senators? “I got along well with everyone. American players I related a lot to were Mickey Vernon, Mickey Grasso, and the manager Bucky Harris. I always liked those guys and they supported me and introduced me to a lot of people. Of course, they’re all gone now, except for Steve Nagy and Johnny Pesky, but they’re a little younger than me—in their nineties.”

Did you ever throw an illegal pitch? “No man, mine was the curve in all its variations–over the shoulder, three-quarters and below. After pitching in Florida with the Havana Cubans, I also started throwing a slider.”

You stayed in Cuba when Castro came to power. Why? “No, I never thought to live outside my country. I was born here and I will die here.”

Do you watch baseball games today and what do you think about professional baseball currently, both in the U.S. and in Cuba? “No, but they tell me what’s going on from time to time. Today, the professional leagues in both countries are very different than it was in my era, especially wages. But the game is always played the same. In Cuba it’s a bigger thing, because this sport is in their blood.”

In 1944, your team withdrew from the Amateur World Series, because of some questionable calls by the umpires. Tell us about that. “Well, we were not alone in pulling out—so did Mexico. There existed an environment there that I had never seen in any tournament. The umpires were willing to favor the Venezuelan team. They were calling strikes balls and saying foul balls were base hits, it was crazy so we pulled out.”

Describe where you live now and what is your daily life like? “Very, very tight financially. My life right now is based on conversations with my grandson. I try to follow baseball as much as possible. Each one of us has to try and find our own happiness in life. Everyone has to find that inner peace. My grandson hasn’t learned that lesson yet, but he will soon.”

Reflecting on your life in baseball, what immediately comes to mind? “I wish I could have started playing younger in the major leagues. I was almost 40 when I came to America, so my prime years were in Cuba.”