“I never met a black player who told me he wanted to stay in the Negro Leagues. That’s ridiculous. If you feel you’re the best violinist in the country and you live in Paducah, you don’t want to stay in Paducah.”

A montage of Lester Rodney’s times working as a reporter for The Daily Worker.

Lester Rodney was the sports editor and columnist for the American Communist Party newspaper The Daily Worker who crusaded to end segregation in major league baseball in the 1930s and 1940s, died on December 20, 2009 at the age of 98 at a retirement community home in Walnut Creek, California.

In the decade before Jackie Robinson suited up with the Brooklyn Dodgers and broke baseball’s color barrier in 1947, Rodney began pressing for the desegregation of baseball via columns and stories in the Daily Worker’s sports pages. By joining with the black press, Rodney was able to implement a plan to get a black player on a major league roster.

Rodney called the ban against blacks in the major leagues “un-American” and “the crime of the big leagues.”

During World War II, Rodney served as an Army combat medic in the Pacific. But he was back home in New York to cover Robinson’s debut as a Brooklyn Dodger on April 15, 1947.

“It’s hard this Opening Day to write straight baseball and not stop to mention the wonderful fact of Jackie Robinson,” Rodney wrote. “You tell yourself it shouldn’t be especially wonderful in America, no more wonderful, for instance, than Negro soldiers being with us on the way overseas through submarine-infested waters in 1943.”

On Being a Writer for The Daily Worker:

“I ran the entire sports department, including laying out the sports section and then I had to get my ass to the ball games, and so on and prove myself as a sportswriter. At first, my main objective was to show that we were a real sports section. Then, the one scoop we had never covered smacked me right in the face. No other papers would talk about the amazing fact that halfway through the 20th century in the land of the free, qualified and over-qualified baseball players couldn’t participate in our national pastime. And it was our national pastime back then much more than it is today. There was no NBA or NFL at the level it’s at today. There were no video games, no Internet, no cable TV. If the Dodgers were playing in Brooklyn and a truck pulled up next to you, it would be unthinkable to not hear Red Barber on the radio or people would find it peculiar.

Baseball was huge back then. No other paper said anything about the fact that the black players were locked out of major league baseball. If the Negro leagues had a game in town, you could read about the game, but nothing was ever mentioned that these players were not allowed to play in the majors. Did this mean that all of the sportswriters in New York during this time were racists? No, they were ordinary people, but they knew what they could turn into their paper and if they wrote something saying things like, ‘why aren’t these guys playing in the big leagues?’ their editors would have asked them something like, ‘Why are you bringing this stuff up here?’ That was the culture of the times. Racism was accepted. And that was one of the things that attracted me to the Communists. What the Communists were doing down in the South were working for black voting rights, putting their bodies were their mouths were.” 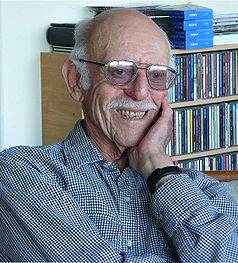 Rodney, who died in 2009, was tireless in the fight to desegregate in the major leagues.

“I talk to my granddaughter’s friends and I try to make a connection to what happened back then compared to now. I tell them, ‘look at Barry Bonds today’, the superstar (this interview was in 2004 right before the steroids hearing). Supposedly everyone knows how great he is, just the same way that people back then knew how good Satchel Paige and Josh Gibson were, but they weren’t allowed to play. Unspeakable! It’s dastardly and un-American. Ridiculous! But that’s the way things were back then. Josh Gibson, the greatest catcher who ever put on a uniform, never played an inning of big league baseball, and he died a bitter, drunken wreck. You know, we’ve really gotten off the hook a little light about this time in our history. And so this is what motivated me to write for The Daily Worker. People will ask me, ‘were you doing this to get the Negroes to join the Communist Party?’ No. I was doing it personally because basically I wanted the ban to end. I was a baseball fan since I was six years old. It was the game I loved. I wanted the best players in the game to show their stuff to America. I never met a black player who told me he wanted to stay in the Negro Leagues. That’s ridiculous. If you feel you’re the best violinist in the country and you live in Paducah, you don’t want to stay in Paducah. Of course, you want to play at Carnegie Hall, for the money and the acclaim.”

“Oh, the things Jackie had to go through, you can’t imagine. First of all, he was hit by pitchers twice as much as any other player in baseball. He was called all kinds of names. The first time they played in Philadelphia, they threw a black cat out of their dugout. Why didn’t he say, ‘hey, who needs this, to hell with it, I’m outta here.’ Some people are thrust into historic roles without their understanding, but Jackie was an intensely bright guy and he knew exactly what he was doing. He knew what his role was and that’s why he took all this stuff. It has to be the single most heroic act ever performed in the history of sports in this country. I think I can say that. He made a real difference in America.”

On the Best Managers he Ever Saw:

“Casey Stengel and Leo Durocher are my top managers. They’re the only ones I saw that really know how to manage in the World Series. They wouldn’t hesitate to yank their ace pitcher in the fourth inning or to use an ace in relief. They knew it was a different ball game in the postseason. Charlie Dressen was a good regular season manager, like Dusty Baker, who hasn’t yet shown that he can win a World Series, but managing successfully in the big games defines the great ones.”

“I was talking to the Lip. I was chatting with Leo before a game and he suddenly turns to me and says, ‘you know, Rodney—for a #@%!# Communist, you sure know your baseball.”

“Newcombe was a corporation guy and he still works for the Dodgers today. But, he knew what what’s going on. His father was a union organizer. He didn’t beat the Yankees often in World Series play and that haunted him. The first time he pitched against the Yankees in his rookie year in ’49, it was a 0-0 game until the bottom of the ninth, when Tommy Henrich hit one out and beat him.”

“They didn’t go after me, because I was right out in the open. Many of my friends went down, but I wasn’t a screenwriter using another name. As a baseball writer, they didn’t go after me and probably didn’t think of me as a serious Communist. They would kid around it jovially, say things like, ‘Hey, does Marx follow the box scores?’ Writing about baseball wasn’t perceived as doing politics. They didn’t see me as a threat.”

“He was a different guy. During his first two years up, before the aura of superstardom socked in on him, he was more convivial. After that, he was very closed-mouthed. You know he never certainly joined in with the rowdies like Mickey Mantle and Whitey Ford, but importantly, he was always curt and monosyllabic with reporters and he became mean-spirited. He was known to be a cheap son of a bitch, a notorious note tipper, and at the end he was over-selling his signature, all that stuff. But, I remember a different DiMaggio. During his first year, I was asked to take Joe down to see a bunch of kids from the International Workers Order, a left wing group. But, Joe agreed to show up and throw out the first ball for their tournament. And he enjoyed it and he really mingled with the kids. He was great. So, something happened to him somewhere along the way. He changed.”