“I would normally get 8-9 phone calls every day from (Steinbrenner) and he would tell me to come to his office, which was approximately 500 feet down the hall. I would walk in there and he might be yelling and screaming or just have something minor to deal with. The man was involved in everything—even deciding which members of the press would get parking passes each and every night.” 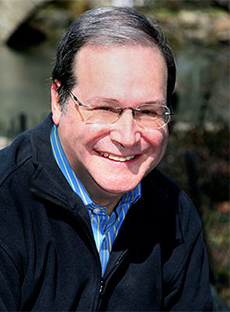 Marty Appel is a public relations and sports management executive, television executive producer, and author who is best known for his work with the New York Yankees in the 1970s. He has written over 20 books, including Pinstripe Empire: The New York Yankees from Before the Babe to After the Boss, published in 2012, and Casey Stengel: Baseball’s Greatest Character, published in 2017.

Appel began his tenure with the Yankees in 1968 at age 19, handling fan mail for Mickey Mantle. In 1970, he became at age 21 the Yankees Assistant Public Relations Director and, three years later, was named Public Relations Director of the team by Yankee owner George Steinbrenner, making him the youngest PR Director in Major League Baseball history; it was a job he held for four years.

Appel writes for a broad range of baseball publications including Sports Collectors Digest, Yankees Magazine, and Encyclopedia Americana; he also writes the text on the plaques of every new Hall of Fame inductee.

On Landing the Gig:

“It was the summer of 1967, the Summer of Love and not that many college students were applying for baseball internships back then. Baseball wasn’t cool at that time and not something that people in my age group were interested in, to be honest. So, I sent a letter to Bob Fishel, the PR Director of the Yankees and it arrived the same time when Pete Sheehy, the clubhouse manager, rolled in with 12 cartons of unanswered Mickey Mantle fan mail into Bob’s office. Bob contacted me and said we need to get this mail answered; otherwise we’re going to have a lot of very unhappy people, so that was my first job.

I got hired to answer Mickey Mantle’s fan mail, it was a paid job ($100 per week) and I was up and running! I would take some of the letters to Mickey and my excuse was they might need a more personal approach, but really all I was trying to do was spend as much time as I possibly could with the man. He actually took a liking to me and we were friends for the rest of his life. One of the things I remember is that Mickey always gave me his gift certificates that he got for doing pre- and post-game shows and even brought them back for me after road trips. So, I would go to Thom McCann shoes and get $10 off and we had a really nice relationship.”

“Each book usually takes two years to write and that is actually fast, but I know how to research and I know where to find things. The hardest book I wrote was probably Pinstripe Empire: The New York Yankees from Before the Babe to After the Boss, because it covered more than a century of Yankee baseball and I didn’t want to just repeat of all the common stories—I wanted to dig a little deeper. So, it was a little more difficult, but at the same time it was a real labor of love.”

“He was a tough boss and you never knew what he was going to do next, so you had to be on your toes all the time. I would normally get 8-9 phone calls every day from him and he would tell me to come to his office, which was approximately 500 feet down the hall. I would walk in there and he might be yelling and screaming or just have something minor to deal with. The man was involved in everything—even deciding which members of the press would get parking passes each and every night. He was a micro manager.

There were days of frustration with Mr. Steinbrenner, but in retrospect we had it pretty much easy before he got there, so in a way we thought maybe this is what a real boss is like. I look back now fondly on the things I learned from George, because he was a unique character and an interesting person, no doubt. When I did something he didn’t like, he would say, “Now I am not going to put you out on the street for this, but if you ever do it again, you’re out of here.” But, he never fired me. He was bombastic, but he was also a fair and decent person in terms of humanity. I must have been alone with him in his office maybe 500 times, and he never said anything disparaging about anybody because of race, religion or how they look or anything like that. When George eventually stepped back a little bit and let Gene Michael start playing a bigger role with personnel decisions, that started the era that lead to winning in the late 1970s.

The old hard-nosed, cold corporate Yankees started shedding that image when CBS and Michael Burke took over the team. The Horace Clarkes and Fritz Petersons were gone and replaced by more likable players like Bobby Murcer and Mel Stottlemyre, even though the success hadn’t arrived quite yet. Then, Sparky Lyle and Thurman Munson joined the team and things really started clicking and the winning came shortly thereafter.”

On Being a Yankee Expert Over the Years:

“I am often asked to talk about the Yankees and the history of the Yankees on a series of biographies on the YES Channel, HBO, ESPN, ESPN Classic. I was a consultant for 61, the Billy Crystal film, a consulting producer for The Bronx is Burning on ESPN and when there is Yankees news, I am usually someone who will be called into the studio and be interviewed. Part of it is my longevity, because I am one of the few people who are still around and were actually there. At this point, I’m the last man standing, because I don’t think anyone else who worked in the original stadium when Mickey Mantle was still playing is still around.”