This Great Game’s Ed Attanasio looks back at the life of his father and how he taught his children life’s rules through the prism of baseball.

My dad died on December 26, 2019, at the age of 90. Edmund L. Attanasio was known in Old Greenwich, Connecticut and then later in La Canada, California (where he resided for 50 years) as a great Little League baseball coach, mentor and father. Many of his former players still fondly talk about “Mr. A” and his championship teams, and that is why I am focusing on this aspect of his amazing life.

After graduation from Columbia University and a stint in the Korean War, my dad got his Master’s Degree from Michigan State; landed a job with Reader’s Digest in the advertising department and worked there for more than 40 years. He eventually became the Ad Sales Manager for the publication when we moved to southern California and then worked for Sunset Magazine as an ad consultant during his semi-retirement years. He worked into his 70s and was also the President of the Los Angeles Ad Club. 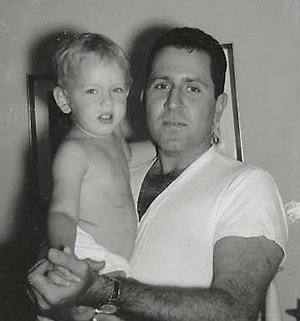 In the late 1960s, he was living a busy life with two rambunctious kids (to say the least), but he never lost his passion for baseball and teaching young men how to play the game right. He ran his teams like Vince Lombardi, but with a smile rather than a scowl. He coached all of his sons (Ed, John and Gino) and loved every minute of it.

He treated it like a job. He studied to be a better coach during every offseason by reading books like The Science of Hitting by Ted Williams and The Winning Hitter: How to Play Championship Baseball by Charley Lau and integrating them into his drills.

He continually drilled his teams teaching them the fundamentals of the game and you could tell because his teams knew how to bunt, sacrifice and take pitches deep into the count—and that’s why they won year after year.

Each season, my dad would invariably find some kid who was new to town with unfulfilled potential and turn him into an instant star. One teenager who played for my father threw the ball with a sidearm motion and his parents were scared that he would get hurt throwing the ball that way. But, my father took him to a local orthopedist and was told that throwing the baseball sidearm was natural for this young man. As a result, my dad’s star pitcher struck out the rest of the league all season long, throwing a submarine ball.

This overnight sensation reminded me of Mark Fidrych, Vida Blue or later Fernando Valenzuela. The following year the kid got drafted number one from some other team, but he wasn’t able to emulate the 15 minutes of fame he achieved on my dad’s team. But, by then, my dad already had another prospect to work with and mold into another champion.

My father was a Yankee fan so we were initially Yankee fans too. I remember my first game. It was in 1967 at Yankee Stadium, the Bombers vs. the Twins, a Sunday doubleheader. The Yankees stunk horribly that season with a hobbling Mickey Mantle at the end of his career and flashy Joe Pepitone, with his ridiculously long hair (toupee) and swagger. I guess at the time he was going to be the next great Yankee star (laugh). We stayed after the game and hung out by the player’s parking lot to yell at them for autographs as they drove off in their Dodge Darts and Cadillacs.

It became a ritual. First, we would go to the game and afterward to my grandmother’s restaurant in the Bronx (149th St. and Southern Blvd.) for a meal of Pasta Carbonara, Eggplant Parmesan and Pasta e Fagioli with Escarole, and then it was back to suburbia in Old Greenwich, Connecticut.

Later, when we moved to southern California and found out that my dad’s boss at Reader’s Digest was related to San Diego Padres’ General Manager Buzzie Bavasi, we thought wow—we’ll be Padres’ fans. But, after going to Dodger Stadium for the first time, we changed our minds, plus San Diego was too far away. Only five minutes in Chavez Ravine and we were bleeding blue—a love affair that has lasted for 50 years.

My dad’s sister Irene credits my dad for introducing her to the nuances of the game and his passion for their beloved Yankees. “My brother Eddie taught me about baseball; he taught me how to fill out a scorecard; he taught me about statistics: ERA, BA, OBP, and he taught me to be a New York Yankees fan. We would ride the Subway to Yankee Stadium and pay sixty cents, I think, to sit in the bleachers. We would bring lunch and sit in the bright sunshine watching Joe DiMaggio, Tommy Henrich and Charley Keller roam the outfield. The infielders might have been George McQuinn, Snuffy Sternweiss, Phil Rizzuto, and Bobby Brown; Yogi Berra was probably the catcher. Vic Raschi and Allie Reynolds were the premier Yankee pitchers of that time. I remember other pitchers: Tommy Byrne, Spud Chandler, Mel Queen and Joe Page. (Joe Page was the “Fireman” reliever of his day.) Ralph Houk, Ken Silvestri and Johnny Lindell are also names that I recall. Those were the New York Yankees that I remember from my youth and our trips to the stadium on weekend afternoons with my brother.”

I can still remember a lot of “life lessons” from my father, many of which were related to baseball. Here are a few of them:

“Catch the ball with two hands. Hot dogs use one and that’s why they sit on the bench.”

“Have you considered taking up golf or tennis?”

“It ain’t over until it’s over!” (Borrowed by Yogi Berra one of his favorite players.)

“You talk you teach, you listen, you learn.”

“Silence is Golden.” (Usually directed at me.)