The Mariners’ Five Most Memorable Games

THE MARINERS BY THE DECADE

The Mariners were Seattle’s second shot at the majors, after the one-year blunder that was the 1969 Pilots—who went bankrupt and transferred after one year to Milwaukee, igniting a lawsuit by local Seattle officials against baseball; the suit was dropped in exchange for a new expansion team. Hence came the Mariners in 1977, with a much better facility (the newly-built Kingdome) and better support—though attendance dropped from 1.3 million in their first year to under a million, as it would remain for a decade to come.

The entire decade proceeded without a single winning season in Seattle as the Mariners couldn’t shake the expansion blues in the standings, finishing no higher than fourth in the seven-team AL West. Solid players abounded both at the plate and on the mound, but both star quality and depth of talent were lacking. Long-overdue hope arrived at decade’s end with the departure of pinchpenny owner George Argyros, a teenage hitting prodigy (Ken Griffey Jr.) in bloom and a raw, unrefined fastballer (Randy Johnson) with loads of potential.

The impressive evolution of Griffey and Johnson was abetted with the emergence of an immense arsenal of slugging muscle, including productive DH Edgar Martinez and, by mid-decade, the jaw-dropping debut of power shortstop Alex Rodriguez. The M’s finally secured a winning season in 1991 and, four years later, enjoyed an explosive home stretch to erase a 13-game deficit and earn their first postseason berth. The resulting mania greatly helped tilt the local public (and government) to the side of building a new baseball-only facility; in 1999, Safeco Field opened to solid reviews.

Johnson, Griffey and Rodriguez all fled Seattle in quick succession to start the decade—the latter two stars complaining of Safeco Field’s more spacious dimensions and cool marine air that favored pitching—but the Mariners only got better with a sturdier roster that included Japanese-born phenom Ichiro Suzuki, resulting in a spectacular, record-breaking 116-46 effort in 2001. Suzuki remained hot for the rest of the decade, collecting 200-plus hits in each of his first 10 years, but the Mariners in general regressed with occasional bumps in the standings and no further postseason appearances.

Like a helpless captain desperately trying to stabilize a ship gone haywire, the Mariners found it difficult to get its bearings on target as they neared two full decades without a postseason appearance. A move to reduce field dimensions at Safeco Field (later renamed T-Mobile Park) in 2013 provided the team with more power but little else. The local favorite became ace pitcher Felix Hernandez, who returned the love by signing a long-term contract with Seattle and, in 2012, tossed the Mariners’ first-ever perfect game.

One of baseball’s more entertaining teams thus far in the decade, there seldom seems to be a dull moment as the Mariners play it tight and tough to the end, having led the league in one-run victories over back-to-back seasons (2021-22) in front of larger, more revitalized Seattle crowds. A new wave of cadets has yielded rising stars in outfielder Julio Rodriguez and pitchers George Kirby and Logan Gilbert, all of whom became key to the franchise’s long-overdue return to the postseason (in 2022).

Highlights of the Mariners’ History on This Great Game:

2001: Raising Arizona The Mariners put together an unbelievable regular season with an American League record-shattering 116 wins—but the postseason proves less successful once the M’s face the team that held the old record: The New York Yankees.

Ballparks of the Mariners 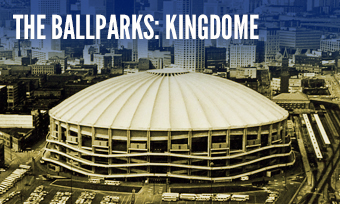 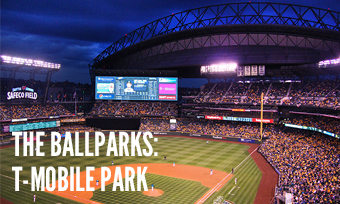 Who’s on the Mount Rushmore of the Seattle Mariners?

Flashy can’t-miss prospect more than fulfilled his promise as his glove and bat shook Mariners out of prolonged infancy.

Singles machine is MLB’s first Japanese superstar; amassed at least 200 hits in each of first 10 years.