“What if Pavarotti ruined his voice on his first night singing as a tenor? That’s how I felt when I hurt my rotator cuff. It might be an egotistical way of looking at it, but that’s how I feel…I could have had a great career, but it didn’t happen.” 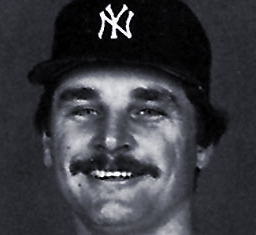 The world was all but at Stefan Wever’s feet in mid-1982; a big-sized pitcher with a stellar minor league resume behind him and a career with the New York Yankees ahead of him. It all came crashing down in his first—and only—major league appearance.

Stefan Wever is a guy I know who owns a bar in San Francisco that I frequent now and then. For the longest time, I bought drinks from the man, knowing him only as a big guy who knows a lot about sports and is fun to talk to. I saw him around town, at San Francisco Giants games and in North Beach and he was always pleasant. I didn’t know his story until a buddy of mine told me the details.

I find his tale fascinating, because he came so close to baseball stardom at the highest level, only to have it come crashing down with one pitch. And yet, he’s completely okay with the entire experience. Stefan is a really smart, very honest and extremely likable individual.

When I sat down to talk to him about his brief career in the major leagues, Wever was candid and sincere. At the end of the interview, I asked him to tell me some of his funniest baseball stories. He winced and declined, saying that all of his really funny stories were X-rated. “Maybe one day,” he told me. He also said that if I hang around enough, he might also show me the tape of his one and only major league appearance.

Here’s a little background on Stefan, compliments of Wikipedia:

Wever graduated from Lowell High School in San Francisco in 1976. After dominating the San Francisco section in high school, Wever lettered at the University of California at Santa Barbara, where he garnered interest from numerous professional scouts. At 6’8”, 240 lbs., Wever was an imposing pitcher with a great fastball, curve and changeup. When he was on his game, he was virtually unhittable.

After finishing his career at UCSB, Wever was drafted into the New York Yankees organization. In 1982, after winning the Southern League (AA) Pitcher of the Year award, accomplishing the rare Pitcher’s Triple Crown (leading the league in wins, ERA and strikeouts) he made the rare jump from AA to the major leagues.

Wever’s first and only major league appearance came against the Milwaukee Brewers on September 17, 1982. He pitched for 2⅔ innings, but tore his rotator cuff in the process, ending his career. He is one of the few pitchers to face two future Hall of Famers as his first two batters—Paul Molitor and Robin Yount.

Wever continued his education during the off-season while rapidly climbing through the Yankee system at the University of California at Berkeley from where he received a BA in English Literature.

Now retired from the game of baseball, Wever owns the Horseshoe Tavern, a popular and legendary San Francisco bar, is an accomplished pianist, voracious reader, doting father to his 15-year old daughter, and coaches teenage boys in the science and art of baseball.

“What if Pavarotti ruined his voice on his first night singing as a tenor? That’s how I felt when I hurt my rotator cuff. It might be an egotistical way of looking at it, but that’s how I feel. I keep myself going by knowing in my heart that I was one of the very best there was when I was 100%. I could have had a great career, but it didn’t happen. I can’t dwell on it, although when it first happened, I must admit that I was shocked and bitter.”

On his call up to the Yankees:

“We had just won the Double-A championship for Nashville and I won 18 games that season for them. I figured the season was over and I was headed back to San Francisco. But, my manager at the time, (the late Johnny Oates) called me into his office. My pitching coach was Hoyt Wilhelm, the great knuckleball pitcher, and he was there too. When I saw them sitting there, I figured I was going up to the Yankees’ Triple-A club in Columbus. But they told me, ‘You’re going to New York.’”

On his arrival in the Big Apple:

“The taxi pulled up to Yankee stadium and I couldn’t believe how awesome the place looked. As I walked through the players’ entrance, a bunch of fans were waiting around, and they yelled out my name and some of my stats in Double-A. I was surprised that they could be that knowledgeable about a player who had never played in the bigs. Then when I entered the locker room, it was pretty surreal. The first person I met was Pete Sheehy, the legendary Yankees clubhouse guy. I figured, I’m some kid from Double-A, I’ll probably get some locker in the corner with number 99 or something. But my locker was in the middle of the room and they gave me number 25, which was Tommy John’s old number. I looked to my right and there was Dave Winfield. I looked to my left and there was Goose Gossage. What more could a rookie ask for? The guys were great and really made me feel at home. Ron Guidry came up to me and said, ‘Welcome to the New York Yankees.’ Dave Winfield took me aside and started telling me about all of the high-end men’s clothing stores in the big cities in the American League.”

On a poker game that first night:

“The team went on the road that next day so we flew to Baltimore. When we got to the hotel, they gave me a really nice, big suite. Rookies never get rooms like that, but a catcher for the Yanks, a guy named Barry Foote, had left the team for personal reasons; so they gave me his room. Pretty soon, the word got out—‘the rook got the suite.’ I ended up hosting a poker game that night and it didn’t finish up until 6 a.m. I thought, wow—this is fun. I like it up here in the majors.”

On his one and only MLB start:

“It was my sixth day in the majors and we were in Milwaukee playing the Brewers. They called them ‘Harvey’s Wallbangers’ back then, because Harvey Kuenn was their manager and they had a great lineup. They were on their way to the World Series that season. It had rained during the day and the mound at County Stadium was muddy. The first two guys I faced that day are now in the Hall of Fame—Paul Molitor and Robin Yount. I don’t know if that’s a record or not. Well, Molitor hit a six-hopper through the right side for a single and Yount hit a double, scoring Molitor. The next batter was Cecil Cooper and I threw him a really good changeup, but he hit it to centerfield, where Jerry Mumphrey misplayed it. That should have been the first out. Ted Simmons was up next and he hit a ground ball through our shortstop’s (Andre Robertson) legs. That should have been the second out. The next batter was Gorman Thomas and he hit it a mile—a 3-run homer. That’s when I felt a twinge in my shoulder. But, hell if I was coming out. I kept pitching and they kept hitting, and by the time they took me out I had pitched 2 2/3 innings, gave up six hits, nine runs (eight earned), walked three, struck out two, gave up one HR and threw three wild pitches. We lost, 14-0. It just wasn’t a good game for us. But I had no idea it was my last game.”

On the aftermath of his injury:

“I didn’t pitch again in 1982 and I began to feel pain the first time I picked up a ball over the winter. The Yankees told me to take it easy, which I did. When I went to spring training in ’83, Billy Martin was the new Yanks’ manager. He told me that I was going to be his #5 starter. Billy liked big, hard throwing guys and that’s what I was. Or had at least been at one time. What we didn’t know until a little later was that my arm was done. I used to throw 95 and now I was maxing out at 85. I went to see an expert and in two minutes he knew that my rotator cuff was fully torn. I tried to make a comeback at AAA, but I was simply delaying the inevitable. My baseball career was over.”

On his recurring dream:

“I still have this dream all the time, and sometimes it’s really vivid. I’m on a field, but it’s more like a cow pasture. Don Mattingly’s there. Buck Showalter’s also there. All my teammates are there. And I’m there, trying to get back into the major leagues. But, I never quite make it to the field.” 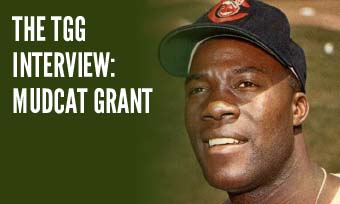 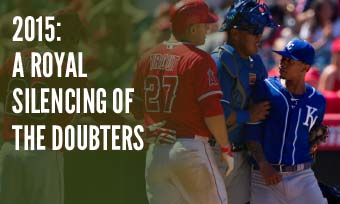