The Angels’ Five Most Memorable Games

THE ANGELS BY THE DECADE

The first American League franchise on the West Coast, the Angels were given ownership to cowboy movie star Gene Autry, who would run the team for nearly four decades. The Angels rented for four years around Los Angeles (including a three-year stay at Dodger Stadium), before settling into their own home at Anaheim across the freeway from Disneyland. Results-wise, the Angels faired remarkably well compared to the majors’ three other expansion teams of the early 1960s despite a virtual no-name cast of players, three times finishing over the .500 mark.

After a first decade of promise, the Angels regressed into the 1970s as a tin-hitting offense did little to support a terrific line of starting pitchers, led by the sensational Nolan Ryan—who burst on the scene with eye-popping strikeout numbers and four no-hitters after being stolen from the New York Mets. With the reserve clause’s death in the late 1970s, Autry opened his checkbook and brought in numerous star hitters (Don Baylor, Bobby Grich, Rod Carew) to pump up the team’s flagging offense; it led to the Angels’ first postseason appearance in 1979.

The Angels played the role of chronic contenders throughout the decade as they continued to sign on more expensive talent, headlined by Reggie Jackson and Fred Lynn. Twice they made the playoffs, in 1982 and 1986—but suffered crushing defeats in both ALCSs after taking commanding early series leads, leading to more improbable heartbreak for tortured Angels manager Gene Mauch. Attendance rose because of the team’s improved vibe and the expanded capacity of Anaheim Stadium to welcome in the NFL’s Los Angeles Rams.

The bravado of the previous decade-plus slowly faded as the Angels seldom made headway in any pennant race to close out the century; the closest they came was in 1995, when they blew a 13-game lead late in the year and handed Seattle the AL West at season’s end in a tie-breaking contest. However, the nucleus of a better future began to take shape with the debuts of sluggers Tim Salmon, Jim Edmonds, Troy Glaus and Garret Anderson. Anaheim Stadium was reconfigured once again, this time rebuilt back to a baseball-only facility after the Rams left town.

Mike Scioscia took over as the Angels’ manager in 2000 and quickly earned a reputation as one of the majors’ more esteemed pilot, embarking on their best run of success yet—earning six postseason trips in an eight-year stretch. Ironically, the one time the Angels entered the playoffs sans a divisional title—as a wild card in 2002—they surged through October and topped San Francisco in an exciting seven-game World Series for their first-ever championship. Off the field, new owner Arte Moreno sparked controversy by changing the team name to its unusual current calling of the Los Angeles Angels of Anaheim—enraging local politicos who believed Orange County was being given second-class treatment in the team’s brand.

Building off success, Moreno doubled down and bulked up the roster with big-time free agents Albert Pujols and Josh Hamilton—both of whom largely failed to live up to their whopping contracts, suggesting that their best baseball was behind them. Making up was the awe-inspiring emergence of super-center fielder Mike Trout, who swiftly asserted himself as one of the game’s all-time greats. But even with Trout, the Angels produced nothing more than mixed results throughout the decade.

The rise of dual-threat Shohei Ohtani to partner with a still-effective (when healthy) Trout gave the Angels a massive 1-2 punch on the roster—but it has not translated to a winning culture as the team continues to badly underperform in the standings. Numerous scandals hounded the franchise—including the criminal fallout from the shocking 2019 opioid death of pitcher Tyler Skaggs and the voiding of a massive Angel Stadium rejuvenation due to local government corruption.

Highlights of the Angels’ History on This Great Game:

1986: An October for the Ages An unforgettable postseason offers up sensational comebacks and spirited performances; unfortunately for the Angels, it’s another heartbreak for their cursed manager, Gene Mauch.

2002: The Wild, Wild Card West The red-hot Anaheim Angels—riding high on the back of their Rally Monkey—attempt to overcome Barry Bonds and the San Francisco Giants.

Ballparks of the Angels 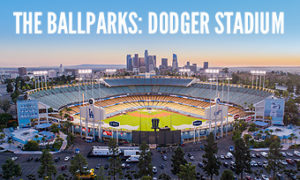 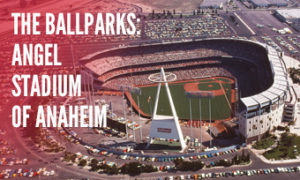 Who’s on the Mount Rushmore of the Los Angeles Angels?

Long-running pilot has brought unparalleled success to team along with its first and only world title in 2002.

Dominant, easygoing five-tool talent who stands to become the Angels’ greatest star—and an all-time legend of the game.