Our list of baseball’s top 10 hitters and pitchers in both the American League and National League for the 1930 baseball season, as well as the awards and honors given to the game’s top achievers of the year.

Klein’s 170 RBIs are the second most all-time by a National Leaguer—and the second most in 1930. He wasn’t about to miss a minute of this batting bonanza, playing every inning but one—after he was tossed late from a game.

A late-August slump dropped Herman below .400, into the .380s; he never recovered enough to reclaim it, preventing the NL from seeing two players end the year over the hallowed mark. His 35 games with three or more hits set an NL record.

Cuyler had the kind of numbers that reminded many of his breakout 1925 season—but as you’re seeing, a lot of players had those kind of numbers in 1930. He also became the first (and still only) player to score four runs in a game four times in multiple seasons.

Bill Terry produced the last NL .400 average to date—and needed just two bats all year to do it.

Strangely, Ott’s home run numbers tumbled from the year before from 42—and he was especially light on the road, hitting just four jacks all season away from the Polo Grounds.

Missing out on 30 games kept Hafey from increasing his numbers to those listed above.

Various injuries all but sidelined O’Doul in September—yet he remained effective thanks to a potent pinch-hitting run.

Lindstrom collected 231 hits for the second time in three seasons; only four other players (George Sisler, Rogers Hornsby, Paul Waner and Ichiro Suuzki) have managed to collect as many twice.

The Fordham Flash slugged over .500 for the only time in his Hall-of-Fame career.

Gehrig continued to be every bit as effective as Babe Ruth, initiating an eight-year stretch in which he would average 155 RBIs; four times in 1930, he drove in six runs to set an MLB record that still stands.

Of Simmons’ career-best 36 homers, 25 were hit at Shibe Park.

Ruth was twice robbed of home runs by a speaker above the right field wall at Philadelphia that kept him from reaching 50 on the year.

Foxx began a decade in which he would lead all major leaguers with 415 homers.

Morgan took over for injured, reigning AL batting champ Lew Fonseca at first base and briefly made everyone forget about him.

Cast adrift by a hard-hitting Pirates team that couldn’t find a spot for him, Cronin made Pittsburgh think twice as he emerged as a premier shortstop at Washington.

Traded to the Browns, Goslin finally got the chance to show his true power on a home field where the fences weren’t set back to the next county.

Gehringer set a career high in runs; Dale Alexander was second on the team with 58 fewer platings.

There was no sophomore slump for Averill, who by and large matched his rookie numbers.

In a year like this, you could bend King Carl—but you couldn’t break him.

Sandwiched between two NL ERA crowns, Bill Walker was just happy to keep his batter-fatigued ERA under 4.00 in 1930.

The veteran hybrid starter/reliever, better known for his colorful bench jockeying that drove opponents mad—or absolutely deranged, as in the case of Hack Wilson in 1929—had to wonder how the Cubs’ Guy Bush finished 15-10 with an ERA two full runs worse.

The Louisiana southpaw nearly pulled off the impossible—throwing a no-hitter in a season gone offensively mad—as he produced the majors’ lone one-hit shutout on the year in July against Pittsburgh.

Once a youthful member of the awful A’s teams of the mid-1910s before disappearing from the major league scene for most of the 1920s, Seibold’s second year at Boston was his staunchest yet, even if his record didn’t show it.

Mostly a failure coming into the season with a 16-31 record over four previous campaigns for the Robins, the 6’3”, 235-pound lefty managed to hold his weight in success amid, ironically, a year as hitter-crazed as this one.

The second-year left-hander was said to have almost a good a screwball as Carl Hubbell, but in 1930 he didn’t have quite the same luck in the win-loss column.

Grove appeared to be the only pitcher stuck in time, throwing like it was 1909.

The first half of Lyons’ 21-year career peaked, a year before arm troubles made him rely more on a knuckleball to extend his major league lifespan.

Oddly, Hadley had one of his more efficient seasons in a year where pitchers seemed to be highly handicapped by a very live ball.

Just happy to be around after nearly dying of appendix problems in 1927, Stewart had the second-best ERA by a player named Lefty—and third best in the AL, regardless of name.

The Senators were happy to get General Crowder and Heinie Manush for Goslin, after Browns owner Phil Ball was happy to get rid of them in the aftermath of numerous run-ins.

Sparingly used at age 37, Jones managed two streaks of six straight wins in six straight starts—going the distance in 10 of those 12 outings.

Nobody faced more batters in 1930 than Earnshaw, who managed to churn out his second straight 20-win season after tolerating 1,299 batters’ worth of live-ball apex.

Though he only managed to pitch in the majors five seasons—three of them effectively full-time—Liska still had a tendency to prosper (especially against right-handed batters) with a submarine pitch that was fired all the way down from his ankles.

Using one of the more confounding pitching motions that one reporter described as “tracing the design of a pretzel in the air,” the rookie southpaw had a strong showing—he even struck out Joe Sewell, who literally never, ever struck out, twice in the same game—before collapsing out of the majors over the next two seasons. 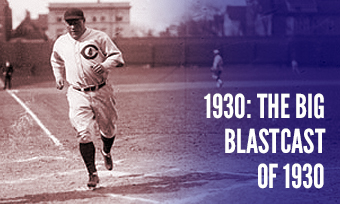 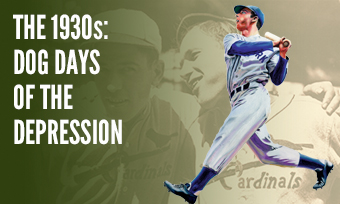 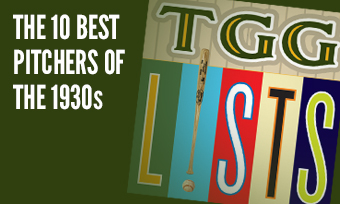 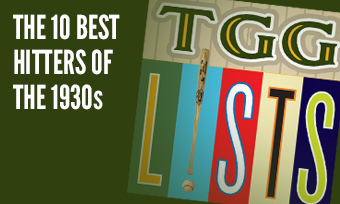