Our list of baseball’s top 10 hitters and pitchers in both the American League and National League for the 1979 baseball season, as well as the awards and honors given to the game’s top achievers of the year.

Hernandez was that “other guy” who the shared the NL MVP with Willie Stargell—not for his inspiration but, instead, for outright performance.

Trusting the calculations of Winfield’s complete All-Star effort on the WAR (wins above replacement) front, the Padres would have had the NL’s worst record (60-101) if they had played the replacement all year.

After a most disappointing (21 home runs, 78 RBIs) 1978 campaign, Schmidt quickly ascended toward his career peak period by doubling his HR count; 29 of them came away from Veterans Stadium.

Another strong year for the reigning NL MVP, but the pressure of a lucrative new contract and intensifying friction with Pirates fans began to take its toll on a man who once told Sports Illustrated: “There’s only thing bigger than me, and that’s my ego.”

The all-or-nothing slugger not only set a career high in home runs, but actually did it with a respectable batting average. Three of his blasts—including a monster 550-foot shot that landed in the porch of the third house away from Wrigley Field—came on a single day in a 23-22 loss to the Phillies.

Lopes powered up in the leadoff spot with a career-high spike in home runs, while continuing to be the toughest guy to catch stealing.

In his third year with the Braves, Matthews finally had the kind of year Atlanta owner Ted Turner had in mind when he did all he could—including illegal tampering, leading to a year-long suspension—to secure him to a big contract.

Though some look at the back of the baseball card and see continued dwindling production from Foster, the fact is he would have roughly matched his 1978 totals (40 home runs, 120 RBIs) had he not missed some 35-40 games due to injury.

After 16 years in Cincinnati, a change of scenery did not affect Rose in his first campaign at Philadelphia; in some ways, it actually enlivened him—stealing a career-high 20 bases at age 38.

The Brooklyn native attracted male Mets fans for his hitting—and female ones for his good looks.

Four years after his memorable breakout 1975 season followed by three years of statistical ennui, Lynn easily had his most prodigious set of numbers—and became the first AL batting champ to represent the Eastern Division since the league split geographically in 1969. His 28 home runs at Fenway Park alone was a record for a left-handed batter.

In a superb follow-up to his monster 1978 MVP feat, Rice all but matched Lynn in almost every key offensive category—even in the home splits, as he too hit the majority of his home runs at Fenway (27, to go with a .369 average).

It was all about the runs for Baylor, who led the AL in both runs and RBIs and never knocked in more than 100 in any of 18 other seasons; fittingly, he had the most ribbies in a single game, with eight against Toronto on August 25.

Brett became the first player to go 20-20-20 (doubles-triples-home runs) since 1957; it therefore only made sense that he hit for his first career cycle.

One of three players with 100-plus RBIs in a rapidly potent Brewers lineup, the 25-year-old Puerto Rico native justified his rare upgrade from part-time duty with a helluva year; he hit .411 against lefties.

Porter became the first AL catcher with 10 triples since 1935, and for the only time in his career surpassed 100 in RBIs, runs and walks.

The underrated Singleton got attention from MVP voters by finishing a distant second behind Don Baylor in the final count.

After a couple noteworthy seasons to begin his career, Kemp hit peak form and especially lived for daytime baseball—hitting .420 in 38 midday games.

After early-career frustration in Boston, Cooper continued to enjoy life in Milwaukee—hitting over .300 for a third straight year for the Brewers—and better yet, began to ramp up his power production.

While Cubs fans embraced Dave Kingman, Brewers fans just 90 miles up the road in Milwaukee were enjoying the similar exploits of the brawny, mustached Thomas.

With 313 strikeouts, Richard broke his own NL record among right-handers of a year earlier; by not allowing a run over his last 25.1 innings, he captured the first ERA title ever earned by an Astro.

Niekro was happy to tie his brother, Phil Niekro, in victories—and even happier not to tie him in defeats.

Forsch’s season got off to a great start by throwing a no-hitter in his first appearance—joining brother Bob, who threw a no-no in his second start of 1978.

Back issues doomed Seaver with a rough start, but he recovered to star form—going 14-1 with a 2.42 ERA from June 9 to the end of the year.

One of the oddest-looking characters who’d ever see on the field, the lanky, thin submariner with tinted glasses that looked to have been purchased off a rotating grocery store display emerged as a top closer, saving 31 games for a second straight season.

Wins were hard to come by for the Dodgers’ best pitcher on the year; nine of the 19 games he didn’t get a win in were decided by a single run.

The home-grown Red was a then-rare case of a starter being converted to relief, and for the better; once permanently moved into the closer role in late August, he saved 15 games, won four others, sported a nifty 1.45 ERA—and was key to the Reds going 37-22 down the stretch to win the NL West.

Likely emboldened by his pedigree and age (40), Perry was not only afraid to criticize Padres players and coaches, but also to bolt the team in early September as he demanded a trade back to Texas—which he eventually got.

Niekro became the first major leaguer to lead his league in both wins and losses in the same year.

A year it all came together for the tall, scruffy and often wacky Kern, who definitely earned the nickname “Emu”; he would leverage the brand to a post-baseball life running an outdoorsman adventure company called the Emu Outfitting Company.

Flanagan became the latest in a string of Orioles hurlers who rose to flash-in-the-pan prominence amid a career of average results (see also Wayne Garland, Rudy May and Steve Stone); he was a near-unanimous choice for the AL Cy Young.

Though his ERA rose by nearly a run over his brilliant 1978 figure, it was still enough to earn a second straight title in the category.

After going 11-35 despite a fair 3.60 ERA with the derelict Mets over the previous two years, Koosman found both refuge and support in Minnesota.

A subdued yet still effective follow-up to his prodigious comeback of 1978, Caldwell ran his record up to 38-15 over two seasons—after going just 13-28 through the three years before that.

The 33-year-old southpaw dealt with shoulder issues but managed to maintain a steady level of quality pitching throughout the season, as opponents had a hard time trying to make solid contact off of him.

Marshall finally re-approached the heights of his tireless (106 appearances) 1974 campaign, and his eight wins by the end of May had people wondering if he’d be the first full-time reliever to win 20; alas, he only grabbed two more victories the rest of the year, and then did a quick fade—exacerbated, he claims, by being blackballed for his role as a player rep and confrontational thorn in management’s side.

The 33-year-old Orioles ace threw well despite numerous sore spots in his back, arm, elbow—and feelings, as some theorized that he was playing up the pains to forge a better contract.

After failing to make a go of it in Kansas City and St. Louis, the 20-year old from Mexico found his calling in Detroit, saving 21 games for the first of two straight years while becoming a mainstay in Tigers bullpen through 1985. 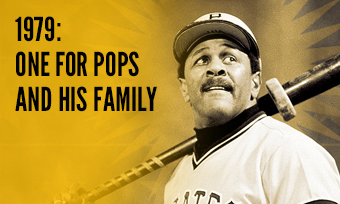