Our list of baseball’s top 10 hitters and pitchers in both the American League and National League for the 1978 baseball season, as well as the awards and honors given to the game’s top achievers of the year.

Parker checked in as the NL’s titan in size and performance, the lumbering Pirate gradually improving until he was virtually unstoppable in the home stretch—hitting .426 over his last 38 games.

Following his monster 1977 performance, Foster’s numbers eased off but were weighed in at heavyweight levels; he led the NL for the third straight year in RBIs, averaging 130 per year from 1976-78.

The young outfielder represented a new breed of Giants hitters in front of a re-engaged (and much larger) fan base at Candlestick Park; his 26-game hit streak was the NL’s second longest of the season, after Pete Rose’s record-tying 44-game run.

In his last savagely good year with the Phillies, Luzinski saw his average drop well below the .300 mark it had been for three years, but made up for it on-base-wise with a career-high 100 walks.

A series of injuries was all that kept Smith from topping his terrific numbers of a year before.

Winfield, who spurned offers to play in the NFL and NBA, finally emerged to superstar status after years of steady growth.

A .434 clip in September helped Garvey clinch his fourth 200-hit campaign, the first time he led the NL in that category.

Cruz was slowly but surely developing into one of the biggest threats on an Astros team that relied less and less on power.

Although Burroughs’ power production dropped from the 41 home runs he slammed the year before, it wasn’t the fault of his home park; 19 of his 23 dingers came at Atlanta-Fulton County Stadium.

Like MVP teammate Dave Parker above, a revitalized 38-year-old Stargell finished hot for the Bucs—batting .326 with 12 homers and 41 RBIs over his final 35 games played. Pops would carry that momentum into his own MVP effort a year later.

How dominant was Rice? His 406 total bases, the most by a major leaguer since Stan Musial in 1948, were followed up in the AL by Baltimore sophomore Eddie Murray—who racked up 293.

Hisle initially made the Brewers look good on their six-year, $3.1 million investment on him—but boom gave way to bust as injuries ravaged the remaining paid time of his contract after 1978.

Otis’ numbers were arguably the best of his reign as, not so arguably, the most consistent and reliable Royals offensive force of the 1970s.

LeFlore emerged as a premier robber of bases for the Tigers five years after an early parole from State Prison of Southern Michigan, where he was doing 5-to-15 for armed robbery.

Racially insensitive comments made by Minnesota owner Calvin Griffith convinced Carew that his seventh AL batting title would be his last for the Twins; he signed a lucrative deal with the Angels after the season.

After difficulty hooking on with the Cubs and Expos, Thornton found his place in Cleveland—with a cycle at Boston on April 22 representing a season highlight.

The sturdy All-Star catcher remained a valuable force at the plate while being the tireless tank behind it, catching a major league-high 154 games for the Red Sox.

Dealt from the Astros before the season in what was considered a nothingburger trade, Roberts suddenly and momentarily blossomed as the best performer for the infant Mariners.

Bonds remained on the run on the field and off it, playing for his second and third teams among six over a five-year period; for the fourth and last time, he went 30-40 (30 homers, 40 steals).

The second-year Murray produced stats almost ditto that of his rookie campaign—and that was just fine for Orioles fans, who would happily become accustomed to his clockwork quality of play.

Age 40 at year’s end, Perry likely was still wet behind the ears for his final hurrah in San Diego.

Along with Jack Clark, Knepper provided breakout results for the Giants with a personal-best total of victories.

The transplanted veteran on the revived Giants, Blue lived a sweeter life across the bay from Charles Finley.

A terrific season was marred by poor run support (less than two runs per start when he didn’t win) and a case of bone chips that ended his season at the end of August.

Once mishandled in the Cubs organization, Hooton ascended to his career peak with the Dodgers.

The 39-year-old knuckler had his most efficient season within a three-year run in which he evoked Wilbur Wood from earlier in the decade—and just about every ace who thrived during the Deadball Era.

After quality turns in Cincinnati and Baltimore, Grimsley enjoyed his one strong year with the Expos and gave a big-league Canadian team its first 20-game winner.

In his best year amid a long Mets tenure bookended by the 1973 “Ya Gotta Believe” team and the rise of Dwight Gooden and Darryl Strawberry, Swan snuck in an ERA title—making him the second Met, after Tom Seaver, to do so. Swan compiled a 2.13 ERA over 14 non-decisions.

Two years after winning the NL ERA crown—and one year after hamstring injuries ruined his follow-up—Denny righted himself with a strong effort.

The tall fireballer became the first Astro to strike out 300 batters; he’d do it again the following year.

Guidry netted the best winning percentage of any 20-game winner, and his nine shutouts were the most by a lefty since…Babe Ruth.

Gaylord Perry wasn’t the only one being accused of throwing spitballs; hitters skeptically credited Caldwell’s saliva with his sudden rise after years of elbow woes.

Part of a massive, four-team, 11-player trade that allowed him to escape the deteriorating Mets, Matlack had no problems with hot and muggy Arlington Stadium—where he finished the season with a 12-3 record and 1.67 ERA.

The 22-year-old sophomore had what would turn out to be his best year—even throwing three shutout innings at the All-Star Game—before descending into a career affected by drugs and alcohol.

Jenkins returned to Texas and found the winning knack he apparently forgot to take with him to Boston two years before.

Moved to the rotation as Al Hrabosky took over the Royals’ closer role, Gura became a surprise standout in his ninth year at the major league level.

Leonard set a Royals mark with 294.2 innings, breaking by two the record he set the year before.

Next to Guidry, Figueroa’s record looked pretty mundane. He was, however, the first Puerto Rican to win 20.

Goltz’s year got off to an awful start when he cracked a rib in a brawl and burned a finger while barbecuing. Once recovered, he pitched at a more effective rate than during his 20-win campaign of the season before. 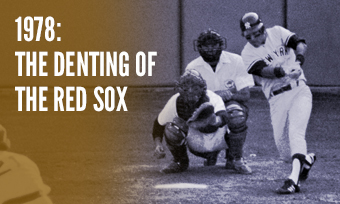