Our list of baseball’s top 10 hitters and pitchers in both the American League and National League for the 1981 baseball season, as well as the awards and honors given to the game’s top achievers of the year.

One shudders to think what kind of numbers Schmidt might have racked up had the strike not stripped him of a third of the season. We’ll pace it out for you anyway: 47 home runs and 138 RBIs. (If you basically want 162-game projections for everybody on this page, just divide the numbers by two and multiply by three—except averages, of course.)

Dawson could have easily become Montreal’s first 30-30 ballplayer had it not been for the strike; Expos fans would have to wait until Vladimir Guerrero (in 2001) finally reached the milestone.

Foster had one last productive fling at Cincinnati before initiating an unhappy tenure at New York.

Though with light round-tripper muscle, Matthews satisfied Phillies front-office personnel who agreed to take him off the hands of a Braves team that didn’t want to grant him another voluminous contract.

Among the would-haves and should-haves from the strike-shortened campaign: An outside shot for rookie Raines, the latest Montreal sonic-speedster, to break Lou Brock’s season stolen base record.

Hernandez managed to hit over .300 for a third straight year despite a deepening cocaine addiction that would muffle what could have been his peak years.

The perennial .300 hitter complained at spring camp that he wouldn’t win a third batting title batting in the six-spot of the Pirates’ order. But after a hot start, the Bucs smartly moved him up to bat third and, sure enough, he got his crown.

Putting up numbers comparable to his strong 1980 results (on a per-game basis, anyway), Hendrick was equally good in each half of the season—just like the Cardinals in total, though it criminally wasn’t good enough to get them into the expanded postseason.

Billy Buckshoes was one of the few saving graces of a really bad (38-65) Cubs team, on pace to hit over 50 doubles and knock in well over 100 runs.

For the second time, Rose was robbed of a 200-hit season due to a work stoppage (he collected 198 in a 1972 campaign shortened by eight games). On June 2 against the Mets, he became the first player age 40 or over since Sam Rice in 1930 to hit two triples in a game.

There wasn’t anything eye-popping about Evans’ stats until you discover it historically took him 162 games, not 108, to put up similar figures.

Had he been given a full season, Henderson might have surpassed both 200 hits and 100 walks; he finished a close second to Rollie Fingers in the AL MVP count (319-308).

Steady Eddie claimed the lone home run title of his Hall-of-Fame career, even if he did have to share the lead with three other players (Dwight Evans, Bobby Grich and Tony Armas).

The career part-timer easily proved he could play every day and became an instant fan favorite in Seattle.

On a Brewers team that struggled to hit (but not win), Cooper emerged as the most reliable veteran by hitting over .300 for the fifth of seven straight seasons.

Lansford won his first and only batting title, but he was just an ankle injury away from being replaced by another batting champ (Wade Boggs).

The Brewers’ slugger managed to finally get his batting average over the .250 mark for the first time since he became an everyday regular; 15 of his 21 homers were crushed in the season’s first half.

The über-talented Winfield began a tormented tenure in Steinbrennerland with an agreeable—but not entirely superlative—set of numbers.

The unheralded but not always unhurt (13 HBPs in a short season) Lemon enjoyed his last of seven years with the White Sox, before being traded to Detroit one-up for Steve Kemp.

For all the attention afforded to Fernandomania, teammate Reuss actually had a better ERA (1.90) through the season’s first half—and complemented his overall regular season performance with 18 shutout innings thrown against Houston in the divisional series.

In his second year with the Astros, Ryan delivered a career-best ERA and fifth no-hitter; four teams (Cubs, Dodgers, Expos and Mets) couldn’t notch a single earned run off him over 52 combined innings.

Carlton pitched well enough to earn his fourth Cy Young Award, but maybe voters got bored of picking him and gave it to Fernando.

Even within a condensed season, Valenzuela still broke the NL rookie record with eight shutouts.

Knepper may have been the most effective nine-game winning starter, halving his ERA from the previous two years at San Francisco.

Stingy as ever, Sutton spurned the Yankees and headed for the quieter, more expansive pastures of the Astrodome—where he produced a 1.22 ERA in eight starts.

The 36-year-old Seaver’s performance was so good, he nearly stole the Cy Young Award from Fernando Valenzuela—losing in the final vote tally, 70-67.

Valenzuela actually had the third-best ERA just on the Dodgers; Hooton had everyone beat with a personal-best figure.

Here’s the primary reason that the 22-year-old Gullickson didn’t sport a more deserving record: Tim Raines and Andre Dawson, easily the Expos’ two best hitters, batted just .246 when he started. (When he didn’t pitch, they hit .316.)

McCatty emerged as the most prominent workhorse of workhorses on the A’s staff, helping Oakland to complete 60 games overall—nearly on pace with their 1980 total.

Gura’s second-half numbers (7-3, 1.25 ERA) were crucial in getting the Royals to a second-half ‘title’ and a spot in the playoffs with an overall 50-53 record.

The veteran closer was never more automatic than in his first year at Milwaukee, where he became instantly loved not only by Brewers fans but also by the BBWAA—which handed him both the AL Cy Young and MVP awards.

Even with Madison Avenue right down the street, Righettimania never quite broke out in New York like it did with Fernando Valenzuela in Los Angeles. That was puzzling, considering Righetti’s excellent rookie showing—on the heels of a 5-0, 1.60 ERA start at Triple-A Columbus.

A failure as a starter the year before, Lamp was demoted to the bullpen—where he found his better pitching self, serving him well over his remaining 12 big-league seasons.

Morris got off to a sharp start in a decade in which he’d win more games than any other pitcher.

Dealt to Anaheim in a trade that would serve both the Astros and Angels well (Houston got Dickie Thon), Forsch was at his best before the strike, winning nine games.

The Nicaraguan’s superb 1981 season prompted the Orioles to hand him a five-year contract—which would prove a disaster as Martinez began sinking more and more into alcohol.

Even with a 4-8 record, reliever Sammy Stewart won the AL ERA title—but then he didn’t, thanks to a strange interpretation in which rounding out to the nearest full inning gave Steve McCatty the honor instead. (The rule was changed for 1982, and most people now except Stewart as the winner.)

Had it not been for the strike, it’s possible that Leonard—not Steve Carlton in 1980—would have been the last pitcher to date to amass 300 innings in a season. (He was on pace for 317.) 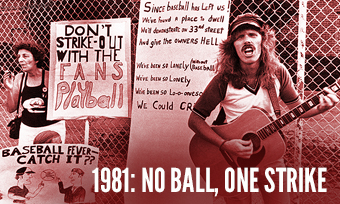 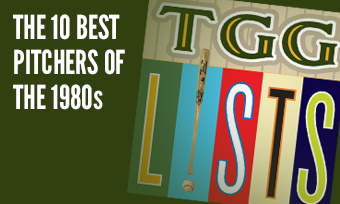 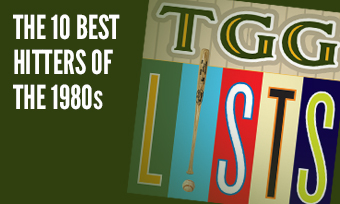