The Royals’ Five Most Memorable Games

THE ROYALS BY THE DECADE

The Royals were born out of the 1967 move of the Kansas City A’s to Oakland, which riled local politicians threatening to take a second look at baseball’s antitrust exemption. The short-term pain would be the absence of K.C. baseball in 1968, but the long-term gain would be new owner Ewing Kauffman, who quickly built up a solid front office and farm system—and would prove to be a far more likeable owner than intolerable A’s lord Charlie Finley. The new team name, Royals—chosen out of a contest of 17,000 entries—was derived from the town’s popular livestock event, the American Royal.

Earning quick respect, the Royals shed their infant losing ways after just two years and emerged as a viable contender; sparkling new Royals Stadium—the lone baseball-only facility constructed between 1962 and 1991—complimented the team’s kinetic collection of offensive talent, led by George Brett, Amos Otis and Hal McRae, with its artificial turf and spacious dimensions. As the A’s dynasty crashed in the mid-1970s, the Royals took over—winning three straight AL West titles, only to lose each time in the ALCS to the New York Yankees.

The Royals had a memorable start to the decade, experiencing Brett’s flirtation with .400 while finally tearing the ALCS monkey off their back with a sweep of the Yankees. They won the pennant again in 1985, this time earning their only world title to date with a controversial seven-game triumph over cross-state rival St. Louis behind the remarkable pitching of 21-year-old Bret Saberhagen. The brief sensation that was the powerful, multi-sport Bo Jackson highlighted the late 1980s, though he brought no postseason activity to Kansas City.

Lean times slowly took over as the veterans of lore faded out; making matters worse, baseball’s intensified obsession with amassing team revenues through new ballparks and television deals left small-market Kansas City increasingly behind in the financial rat race. Still, the Royals held their own as best they could despite the lack of a new wave of offensive talent to match the glory of the 1970s. The pitching remained solid thanks to the year-in, year-out efforts of Kevin Appier and (more briefly) closer Jeff Montgomery.

Despite the long-overdue influx of stellar bats in the lineup (including Carlos Beltran, Mike Sweeney, Raul Ibanez and Johnny Damon), the Royals were frequently crashing and burning in the standings, losing 100-plus games four times during the decade while managing just one winning season in 2003 when, through some strange anomaly, the Royals forged a 83-79 record in between two 100-loss campaigns. There at least was improvement in the architectural sphere when, in 2009, Royals Stadium (now renamed Kauffman Stadium) was given a major makeover.

Through their vaunted minor league system, the Royals began the decade aggressively building from within; the bats in place, the pitching followed and by mid-decade a long overdue run of success ensued with back-to-back AL pennants. The latter flag was capped by their first world title in three decades, using feisty hitting, opportunistic baserunning and a lights-out bullpen to disassemble the New York Mets in five games at the 2015 World Series. Ultimately, much of the homegrown talent would qualify for free agency—and the Royals, pleading small-market status, couldn’t (or wouldn’t) re-sign them. Thus the team spiraled back into baseball’s abyss.

Another youth movement has struggled to take hold as the Royals continue to post losing records, their recent championship glory looking more and more as a mirage. Many of the team’s veterans haven’t been leading by example, a fact embarrassingly demonstrated when 10 unvaxxed players were denied entry into Canada to play the Blue Jays as the COVID-19 pandemic wound down. A new manager (Matt Quatraro) and GM (JJ Picollo) hope to ignite a more worthy refresh to Kansas City.

Highlights of the Royals’ History on This Great Game:

1980: Finally Philly The Royals meet up in the World Series against the long-suffering Philadelphia Phillies following a memorable campaign highlighted by George Brett’s quest to become baseball’s first .400 hitter since Ted Williams.

1985: The Missouri Stakes The Royals and St. Louis Cardinals survive tight pennant races and league championship series to meet in an inner-state Fall Classic—the fate of which is determined by one of baseball’s most blatant and crucial blown calls.

2015: A Royal Silencing of the Doubters Perplexed over a lack of respect, the Royals get mad and even by proving the prognosticators wrong with a well-deserved world title.

Ballparks of the Royals 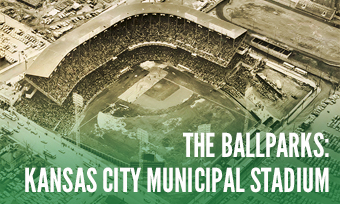 Who’s on the Mount Rushmore of the Kansas City Royals?