The Yankees’ 10 Most Memorable Games

THE YANKEES BY THE DECADE

The franchise was born as the Baltimore Orioles and barely survived its first few years after manager John McGraw—repeatedly reprimanded by American League czar Ban Johnson for his constant harassment of umpires—attempted to sabotage the team. Johnson gained revenge by moving the franchise to New York in 1903, becoming direct competitors with McGraw’s new team, the New York Giants. The renamed Highlanders placed second twice during the decade, painfully missing out to Boston in 1904 despite a spectacular year for pitcher Jack Chesbro (41 wins, 454 innings).

The seeds that would sprout Yankees greatness were planted throughout an otherwise forgettable decade. The team donned its famous pinstripes for the first time in 1912, were renamed the Yankees in 1913, and were sold in 1915 to the “Two Colonels”—Jacob Ruppert and Tillinghast Huston—who would preside over the club for the next 25 years. The Yankees also abandoned shoddy Hilltop Park to pay rent at the Polo Grounds, as the Giants returned the favor for earlier being allowed to borrow Hilltop after their ballpark burned to the ground in 1911.

Babe Ruth became a Yankee in 1920, and a superpower was born. The Bambino changed baseball forever, bringing the home run into vogue while smashing offensive records across the board to lead the Yankees to six AL pennants and three world titles during the decade. Joining Ruth were numerous ex-Red Sox teammates including top-line pitchers Carl Mays, Herb Pennock and Waite Hoyt. The quiet but staggeringly potent Lou Gehrig joined the mix in the mid-1920s and, with Ruth, arguably formed the greatest one-two offensive assault in history. Majestic, voluminous Yankee Stadium was built in 1923 to accommodate the large crowds that occasionally filled the 74,000-seat facility to capacity.

Yankee dominance continued undisturbed, even as Ruth began to decline; his void was filled by Joe DiMaggio in 1936, the first of four straight championship seasons under the steady, “push-button” leadership of manager Joe McCarthy. Great pitching was also to be found with the affable and unshakeable Lefty Gomez and Red Ruffing, the last of the Red Sox refugees. The decade ended on a heartbreaking note when Gehrig, having played brilliantly through 2,130 consecutive games, bowed from the game after being diagnosed with a crippling muscle disease (ALS) that would take his life in 1941.

The Yankees ran through another decade without a losing season, managing to stay competitive during World War II after being hit hard by the absences of star players to military service. When at full strength, the Yankees remained baseball’s elite team—winning five more pennants and four championships during the 1940s. Joe DiMaggio deservedly continued to hog the marquee as the team’s star, riveting the nation in 1941 with his historic 56-game hitting streak.

With colorful Casey Stengel at the helm, switch-hitting matinee idol Mickey Mantle taking the baton from an aging DiMaggio as the latest Yankees icon, and confident Whitey Ford dominant from the mound, the Yankees commanded the AL as never before, winning eight pennants and six World Series titles during the 1950s; ironically, their best regular season performance of the decade (a 103-51 record in 1954) led to a second-place finish behind Cleveland. The highlight of the decade came during the 1956 World Series when Don Larsen threw baseball’s first perfect game in 34 years.

An aging Stengel was replaced after a shocking World Series loss to Pittsburgh in 1960, and successor Ralph Houk guided the Yankees to four straight pennants behind the power-laden duo of Mantle and Roger Maris (who broke Ruth’s season home run record in 1961). CBS bought the team in 1964 and, almost instantly, the team unraveled—suffering its first losing season in 39 years in 1965 and, a year later, its first finish in the basement in over half a century. The introduction of baseball’s draft in 1965 further eroded the Yankees’ ability to reload with star talent.

Mediocrity continued into the 1970s before CBS gave up, selling the franchise in 1973 at a loss. Taking over was the temperamental George Steinbrenner, who modernized aging Yankee Stadium and engaged in controversy on an almost daily basis. But he also fully embraced the advent of free agency and, as a result, paid handsomely to return championship glory to the Bronx, winning three straight pennants from 1976-78—the latter two followed up by world titles despite a tumultuous three-way rift between Steinbrenner, fiery manager Billy Martin and cocksure slugger Reggie Jackson.

The Yankees won another pennant in 1981, but the weight of Steinbrenner’s ego became too much for the franchise as the decade developed, as The Boss made 13 managerial changes and plundered his farm system by trading away top prospects for over-the-hill veterans who couldn’t deliver the Yankees to the postseason. All of this, despite terrific offensive firepower from Don Mattingly (the most popular Yankee since Mantle), Dave Winfield and, for a brief but highly productive time, speedster Rickey Henderson.

After serving a three-year suspension for using mob influence to dig up dirt on an arguably underachieving Winfield, an older, wiser and more mellow Steinbrenner went hands off his top prospects, allowing a new wave of young talent—including Derek Jeter, Bernie Williams, Jorge Posada, Andy Pettitte and closer Mariano Rivera—to take root and generate yet another Yankees dynasty. The usually fractured Yankees clubhouse became one under the relaxed leadership of manager Joe Torre, and the positive vibe helped lead New York in 1996 to the first of six pennants and four World Series titles over the next eight years.

Empowered with a deep bank account that led to a series of shrewd free agent signings (Jason Giambi, Alex Rodriguez, CC Sabathia and Mark Teixeira), the Yankees regained the premise that anything less than a world title would be a disappointment. The new century would provide somewhat more challenging times as the Yankees constantly found themselves going nose-to-nose with the revived archrival Red Sox—but remained a perennial playoff contender, winning four more pennants and two more championship trophies. With a new Yankee Stadium opened in 2009 and the runaway success of the team-created YES Network, the Yankees became the second most valuable sports franchise in North America, behind the NFL’s Dallas Cowboys.

The Yankees continued to win, but the air of invincibility became thinner as other teams began to catch up in spending after the death of Steinbrenner in 2010—with his sons showing a more realist, less passionate side atop the Yankee throne. The icons of the latest dynasty began to show their age and, one by one, they faded away—including Rodriguez, who fought hard to hang around after getting nailed with a second round of steroid accusations (he confessed the first time, in 2009). But yet another impressive new wave of Yankees talent, led by super-sized slugger Aaron Judge, infielder Gleyber Torres and ace pitcher Luis Severino, revived the team back to prominence late in the decade.

Winning records? Check. Star players? Check. Championships? Box still empty. The Yankees continued to play only well enough not to win it all, making the postseason but ultimately failing once there, well short of their annual goal to hoist another World Series trophy. The marquee remained tantalizing, as Judge clipped Maris’ AL season home run record with 62 in 2022, while latest free-agent catch Gerrit Cole racked up wins and strikeouts from the mound.

Highlights of the Yankees’ History on This Great Game:

1920: Saviors of the Game Babe Ruth and Kenesaw Mountain Landis restore excitement and credibility to an ailing game.

1923: With Regards to Harry The Yankees become one of baseball’s great dynasties at the willful expense of the Boston Red Sox and their Broadway-obsessed owner, Harry Frazee.

1927: The Yankee Juggernaut The 1927 Yankees—the team often considered as the greatest ever—sweeps away the competition.

1936: The New Yankee Juggernaut First-year star Joe DiMaggio upgrades the Yankees back to superpower status—and the start of an impressive dynasty.

1939: Farewell, Iron Horse His game rapidly deteriorating, Lou Gehrig pulls himself out of the lineup—never to play again.

1949: Casey at the Helm The zany Casey Stengel silences the critics and embarks the New York Yankees on a long and fruitful dynasty.

1952: The Education of Mickey Mantle How the next in line to inherit the throne as the Yankees’ icon nearly caved under the pressure.

1956: A Perfect Revenge The Yankees’ Don Larsen earns immortality in a day and denies the Brooklyn Dodgers their second straight title.

1961: The Greatest Feat Ever Performed* Roger Maris experiences a year of triumph and troment as he threatens Babe Ruth’s season home run record.

1965: The Fall of the Yankee Empire After decades at the top, the Yankees are brought down by a combination of old age, nagging injuries and arrogance.

1996: Here’s Spittin’ at You, Kid The postseason takes on a tabloid-style existence with Roberto Alomar’s controversial inclusion in the playoffs, and a young fan in the right-field bleachers who saves the day—and maybe the season—for the Yankees.

2009: The Salvation of Alex Rodriguez Baseball’s biggest star embarks on a long, tough road from injury and damning steroid evidence.

Ballparks of the Yankees 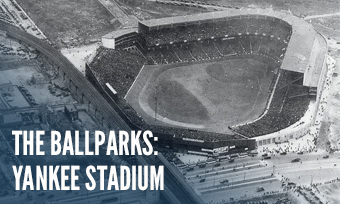 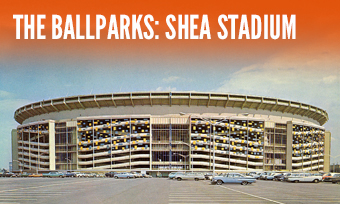 Who’s on the Mount Rushmore of the New York Yankees?

Graceful superstar who lived up to his image and, in 1941, famously hit safely in 56 straight games.

The Iron Horse, quiet-natured but brutal on opponents; record consecutive game streak cruelly halted by disease that later killed him at age 37.

Who’s on the Back-up  Mount Rushmore of the New York Yankees?

(Because the Yankees are too good to have just one)

Number One on the roster as well as the hearts of many longtime Yankee fans; loyal infielder and (five-time) manager.