Our list of baseball’s top 10 hitters and pitchers in both the American League and National League for the 1918 baseball season, as well as the awards and honors given to the game’s top achievers of the year.

Roush missed out on what would have been his second of three straight NL batting titles, falling two points shy of first-place Zack Wheat.

Carey led the NL in steals as usual, but also led the circuit in walks for the first of two times in his career.

The veteran star hitter made for a nice curtain call in Cincinnati by leading the NL in RBIs, even if it was only 76.

In a year where the ball was as dead as ever, Groh used his infamous bottle bat to emerge as the closest thing to an all-around hitting force in the NL.

The rookie shortstop led the NL in hits and gave the Cubs their only .300 batter.

After six years spent with Brooklyn, Cutshaw had a productive first try with the Bucs.

The sparingly used but nevertheless productive Wickland, in his first major league activity since plying his trade for the Federal League’s Pittsburgh Rebels in 1915, had no doubles but six triples in 44 games played at Braves Field.

The publicly disgraced one, who actually had a pretty good career, lifted the Cubs and made his fifth World Series. (Yes, we know, it should have been six—but, 1908.)

Cobb turned it up as the rest of baseball slowed down in preparation to close shop early, hitting .436 over his last 65 games.

Spoke might have helped the Indians topple the Red Sox for the AL pennant, but he hit just .238 against his former team.

Playing in his last relatively lean offensive campaign, Sisler was still good enough to finish third in the AL batting race and first in steals.

Two of Ruth’s 11 triples were actually home runs that didn’t count since they were hit in extra innings with a man on first—rules then stipulated the batter being credited with only the amount of bases the lead runner needed to score. Still, it was the first of many home run titles for the Bambino.

Beyond all the above numbers, Hooper’s biggest contribution of the year might have been encouraging Red Sox brass that, “Hey, this Ruth kid—you should have him bat every day.”

The Indians suspended Roth for the rest of the season in mid-August for being out of shape—never mind that he hit .329 over the six weeks before.

…And Veach might have gotten to 100 RBIs. As it was, he led the AL in that department for the third time in four years.

Now with the Yankees, Baker continued to play well (but without the spectacular verve) in his post-“Home Run Baker” era.

After solid but not spectacular results in eight years with the off-and-on Braves, Lefty righted his ship to the Cubs and produced his best year.

After losing seven straight decisions to start the month of June, Cooper got more than even by reeling off eight straight victories.

After suffering a miserable 3-16 mark with a rotten Pittsburgh team in 1917, Grimes escaped to Brooklyn and turned his luck around 180 degrees.

Back issues ended Sallee’s season in mid-July and depressed his record even though he remained efficient; he walked less than one better per nine innings.

Second in the NL—and on the Cubs, behind Hippo Vaughn—in wins, Hendrix had his best year since winning 29 for the Federal League’s Pittsburgh Rebels.

Perritt became the latest in a line of short-lived Giants aces; he would win just four more games over the next three years and never be heard from again in the majors.

Better late than never; Douglas turned in a fine performance despite missing the first two months while recovering from appendicitis.

Nehf was forced to labor hard for a Braves team that hit just .244 and featured no other pitchers with 10 or more wins; a move to the Giants in 1919 would take care of those woes.

In posting the second lowest ERA of his legendary career, Johnson made up for a shortened schedule by pitching into extra innings nine times.

Stan became part of the first brotherly duo in the majors (after Harry in 1914) to each win 20 games.

In his last full (and mentally benign) campaign for Boston—and the Red Sox’ last with a championship for 86 years—Mays emerged as the team ace.

With no other A’s pitcher winning more than eight games, it’s easy to see why manager Connie Mack fought tooth and nail to keep the controversial 20-game winner.

After losing 19 games in his rookie season the year before, the spitballer still didn’t get much of a break from his teammates in the won-loss column—even as he led the AL with an opposing .205 batting average.

Speaking of poor support, Bush got less than three runs per start while his Red Sox rotation mates each got over four. Thus, 15-15.

Ruth becomes the only player ever to make it on both a Top 10 hitter’s and pitcher’s list in the same season.

Mogridge became Everyman for the Yankees, leading the team in innings and relief appearances (26).

Unspectacular yet respectable effort for the pitcher just two seasons away from hauling down over 30 wins.

A year before his career crashed with a 6-21 record, Harper put together his most respectable grouping of numbers. 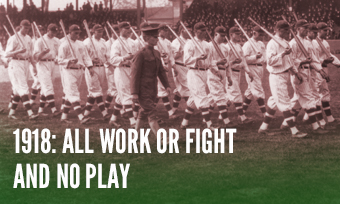 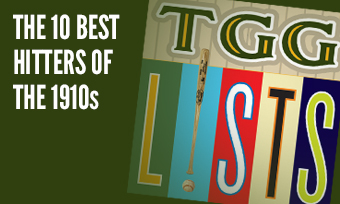 There were no awards or honors given out in the 1918 season.