Our list of baseball’s top 10 hitters and pitchers in both the American League and National League for the 1955 baseball season, as well as the awards and honors given to the game’s top achievers of the year.

Mays was a sore sight for the eyes of Dodgers fans, cranking out nine homers at Ebbets Field—but how to explain his meager total of doubles given the spaciousness within his home park at the Polo Grounds?

Snider’s continued monster output included the last three-homer performance by a Brooklyn Dodger. He might have won the MVP, but teammate Roy Campanella was given it under strange circumstances (see below).

Kluszewski became an anomaly among NL sluggers of the time, wrapping up a three-year binge in which he collected more homers (136) than strikeouts (109).

Yet another 40-homer campaign, the third straight for Mathews—who would only surpass 40 one more time (in 1959) over his Hall-of-Fame career.

The 40 homers belted by the bust-out Post would have been good enough to lead the AL—but as a National Leaguer, he had to settle for sixth place.

The Cardinals may have suffered their worst record (68-86) between 1924-78, but Musial was hardly to blame with his continued brilliance at age 34.

Banks became the first shortstop to hit 40 homers; it was something the popular Cub would make a habit of it.

Campanella’s third MVP win might have been a mistake; one voter, said to be seriously ill, accidentally placed his name on the ballot twice. It nevertheless got counted.

In his second year, Aaron changed his jersey number from #5 to #44—and began playing like #44, doubling his home run output from his rookie showing.

Representing the first of at least three baseball generations, Bell quietly continued to be one of the Reds’ most consistent and sound hitters of the time—especially at cozy Crosley Field, where he hit .364.

Mickey Mantle ramped up the power (previous season home run high: 27) and nearly matched his famous tape measure shot of a couple years earlier in Washington by crushing a ball out of Chicago’s Comiskey Park and into a parked car, 550 feet away.

Bucking the trend of “bonus baby” busts, Kaline became an immediate Detroit fixture with his most proficient of 22 seasons in the Motor City.

Another partial yet extraordinarily potent showing from Teddy Ballgame, this time due to a springtime return from early retirement. We’ll spare you the calculator and multiple his numbers out to a 154-game season: 44 home runs, 130 RBIs and 143 walks.

Jensen’s knack for knocking in runners continued, winning his first of three RBI titles while pacing the AL in sac flies for the second straight year.

In his second full year, Smith stole the limelight usually reserved for Minnie Minoso by putting up Minoso-like numbers.

A wrist injury late in the year muted what likely would have been a much better year for Doby.

The flamboyant Power, not Uncle Tom enough to be the Yankees’ first black player, received a more comforting welcome from the A’s and thanked them for it on the field.

Sievers wished that every day was a day against the A’s: Ten of his 25 homers came against Kansas City, eight of those among four multi-homer games to set a major league season record against one team.

Fox tied a personal best with a whopping six homers—and here’s a fun fact: The future Hall of Famer hit more triples than home runs in each season from 1949-62.

Leadership from the catcher’s spot helped carry Berra to a third AL MVP award, and barely, eclipsing Al Kaline and Al Smith in the vote.

Friend became the first ERA leader from a last-place team—and saved his best stuff from the bullpen, registering a 1.95 ERA in 24 relief appearances.

His fastball fading, Spahn relied more on a newly-minted screwball, which certainly screwed with the heads of opponents who knew his baseball longevity would likely be extended.

Newk got a whopping 7.1 runs per start, but he had something to do with that—hitting .359 with seven homers over 117 at-bats.

After famously debuting (and bombing) in the majors at age 15, Nuxhall completed his long and winding road toward a worthy All-Star Game roster spot.

After a rough start, Buhl settled in, ascended to full-time rotation duty and placed the NL’s third-best ERA.

Nobody expected Antonelli to pitch any better than his top-of-the-charts performance from the year before, but he certainly deserved a better record on a 3.33 ERA; he had to win his final four decisions just to upgrade the mark to so-so status.

Roberts won 20-plus games for the sixth straight (and last time), but it started to become apparent that the bill was coming due on his taxing workload; despite the quality ERA, he gave up more doubles, triples and home runs than any other NL pitcher—for the second of three straight years.

A recent move to wearing glasses sharpened Rush’s numbers as well as his vision.

After a series of spot starts just didn’t work out, Labine was moved exclusively to the bullpen at the end of July and responded by winning four, saving nine and posting a 0.99 ERA over his final 29 appearances.

Brought on at midseason, Schmidt looked to be on the verge of something big as opponents hit just .197 against him—but future years would repudiate his 1955 success.

Ford pitched two of his three career one-hitters in back-to-back starts in early September—each time giving up the one hit in the seventh inning. (He never threw a no-hitter.)

Wynn’s early path to another 20-win season was derailed by a rough patch in July and August; his 17 were still just one short of the league lead.

Nearly half of Hoeft’s 16 wins were shutouts (seven), including three against lowly Washington.

Whereas Billy Pierce (above) gave the majors a rare view of sub-2.00 ERA pitching, Sullivan gave the Red Sox their only sub-3.00 ERA effort of the 1950s—and managed to win three more games than Pierce.

In his first year with the Yankees after a mammoth 17-player trade with Baltimore, Turley struggled to retain his wildness, but opponents still could only hit .193—and slug a remarkably low .282—against him.

The veteran lefty was equally good as a reliever in Cleveland as he was a starter at Baltimore, even if the won-loss record didn’t reflect it.

Al Kaline wasn’t the only rookie wowing ‘em in Detroit; the 25-year-old right-hander, despite a blasé record, easily showed that he would be a fixture for years to come.

After failing to hook on with either the Braves or Tigers, Donovan enjoyed a breakout campaign that stalled at the end of July when he was stricken with appendicitis; he was only 2-5 with a 5.17 ERA in eight appearances afterward to finish the season. 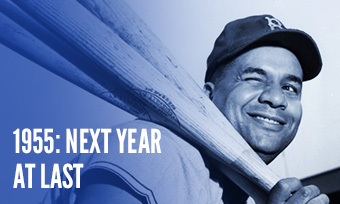