Our list of baseball’s top 10 hitters and pitchers in both the American League and National League for the 1971 baseball season, as well as the awards and honors given to the game’s top achievers of the year.

Look out, Bambino: Aaron raced past 600 lifetime home runs and belted a career-high 47 at age 37.

The once-pudgy Torre dieted off the field and feasted on opposing pitchers, setting the tone for a whopper of a season by hitting safely in each of his first 22 games of the year.

Stargell promised free chicken from his own fast-food chain every time he hit a homer; 48 blasts later, Pittsburgh’s poultry lovers were yelling fowl. Among Stargell’s power feats were 11 homers in April alone (a major league first), with two hat tricks—both against Atlanta—embedded within that total.

The Cardinals’ speedster set career highs in runs, walks, hitting streak (26 games) and took back the stolen base crown swiped by Bobby Tolan the year before.

The dual power/speed threat became the first Giant not named Willie to lead the team in home runs since 1953.

Staub was second in the NL—and on the Expos—in getting hit by pitches, with nine. The leader, Ron Hunt, had 50.

In his last full year in San Francisco, Mays failed to display the usual wowing power numbers—but he walked over 100 times for the first time in his career while showing vintage legs leading to his highest stolen base total since 1960.

The quiet Cubs star continued to let his bat do the talking, and it was very loud at Wrigley Field—where he batted .347 with a 1.011 OPS (on-base plus slugging percentages).

The 28-year-old slugger finished off a three-year run in which he belted 111 homers; the Reds’ reward was to ship him out to Houston for Joe Morgan.

Now in his 17th year with the Pirates, Clemente hit over .340 for the third straight season, although he failed to win a batting title in either year.

Recent-suffering Yankee fans believed, for the moment, that they’d finally found Mickey Mantle’s successor in the historic line of pinstriped icons with Murcer.

No one scored 100 or more runs in the American League for only the third time since the Deadball Era, but Buford would have clearly crossed the mark had he not missed 40 games—mostly because of a semi-platoon outfielding scheme by the Orioles. In fact, Buford scored exactly 99 runs for the third straight year.

Oliva copped his third batting title and was hitting as high as .374 in early August thanks in large part to three streaks of at least six games collecting multiple hits; but after a midseason knee injury, followed by offseason surgery—the first of many procedures—he’d never be the same.

One last blast from the past for Cash, who at 37 surpassed 30 homers for the first time since 1966; it got him voted into the starting line-up at the All-Star Game at Detroit, but AL manager Earl Weaver refused to start him—preferring his Orioles first baseman, Boog Powell—to an irate cascading of boos from Tiger fans.

Later cited by David Letterman as the best-known pro athlete among his fellow alums at Ball State, Rettenmund thrived in what was strangely his only year among 13 seasons playing every day.

In his final year at Baltimore before being traded to the Dodgers, Robinson completed the MVP trifecta—winning All-Star Game honors to go with those he’d already collected for the league and World Series. The only other player to win all three is Brooks Robinson.

Jackson improved his batting stance, his confidence (thanks to Winter League manager Frank Robinson in Puerto Rico) and his eyesight—he realized after taking an exam that he was nearsighted—and got back on track after a horrid, strife-torn 1970 campaign. His most famous homer of the year took place at the All-Star Game when he reached Tiger Stadium’s roof.

Shipped in from the Mets after he refused to play third base, Otis fit in far more comfortably in the Kansas City outfield; his five steals on September 7 against the Brewers remains a Royals single-game record.

Seaver was at his most brilliant with career bests in ERA and strikeouts, to say nothing of authoring the NL’s two longest consecutive scoreless-inning streaks in 1971 (31.2 and 27)—and still they gave the Cy Young Award to Ferguson Jenkins, who had four more wins but an ERA one full run higher.

After five years of solid if not overpowering results, Sutton found his groove for the long run. Key: Conceding only 10 home runs after giving up 38 the year before.

Not even Tom Seaver had a better opposing batting average than the .202 yielded by Wilson, who thrived in the second half with a 1.42 ERA after July 8.

Downing took a pay cut with the Dodgers to get out of Milwaukee, and got a big raise in results—winning 20 games for his first and only time.

The Chicago workhorse was an ironic case of one winning the Cy Young Award winner despite leading the league in home runs, doubles and triples allowed.

The hard-throwing rookie right-hander had to vouch for all of his precious few victories; he won all seven games he went the distance in.

The last productive season for Marichal, who would dive into a relative funk starting in 1972; in hindsight, it was apparent that the Giants traded the wrong ace. (Gaylord Perry would be sent away after the year and win 180 more games.)

The right-hander’s regular season numbers were good enough to almost make one forget about his two complete-game victories in the World Series.

Though the Reds tripped up in the standings—with their only losing record (79-83) between 1967-81—the second-year Gullett, promoted from the bullpen, put together numbers to suggest the Big Red Machine was in a finely-tuned groove.

The breakout star of 1971 won the AL Cy Young Award and MVP, striking out more batters than any other A’s pitcher since Rube Waddell’s franchise-best 349 in 1904; though Blue would win 209 games over the next 17 years, he would never again collect even 200 K’s in a season.

Wood, warming up to make people forget about Mickey Lolich’s ironman feat (below), showed that he had been wasted as a reliever in the White Sox bullpen.

One of four Orioles to win 20-plus games in 1971, Dobson’s path to the milestone was realized by winning 12 straight starts—all but one of them a complete game—in early summer; he capped his year with a no-hitter for an American All-Star team touring through Japan in November.

The rock of the Yankees rotation sailed along, posting his fifth straight season of at least 15 wins.

The joke about the hefty Mickey Lolich was that he couldn’t pitch his weight in innings thrown, and some still didn’t think that after he logged an incredible 376 in 1971.

He threw the same number of innings and posted the same exact ERA as teammate Andy Messersmith—and yet he won four fewer games while losing four more. Yet why is he on this list instead of Messersmith? Because he gave up fewer walks, fewer extra-base hits, and induced more double play grounders. Oh, and the Angels offense also gave him one less run of support per start.

There was nothing more blissful for a deeply superstitious guy like Cuellar than to keep it consistent; as such, he won 20-plus games and pitched just north of 290 innings for the third straight year at Baltimore.

Wrecked apart the year before by a worldwide virus that caused him to lose significant weight, the red-haired, heavily freckled Hedlund was an unsung (and brief) star for the Royals as they clinched their first-ever winning record.

They can put Denny McLain behind them now; along with Lolich, Coleman became half of the first Tigers pitching duo to each win 20 games since 1956; no two Detroit pitchers have done it since.

Though he’d be more in the spotlight later in the decade with the Orioles and Yankees, May for now was hidden away in the Angels rotation, getting even worse support than Clyde Wright (above); opponents hit just .213 against him, the AL’s third-lowest figure after Vida Blue and Sam McDowell. 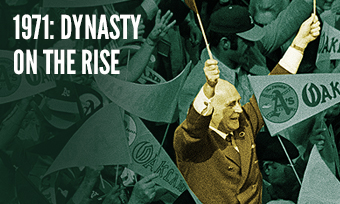