Our list of baseball’s top 10 hitters and pitchers in both the American League and National League for the 1975 baseball season, as well as the awards and honors given to the game’s top achievers of the year.

The above numbers should be enough hyperbole to describe Morgan’s well-deserved MVP effort.

Last year it was Mike Schmidt’s turn; now it was the equally young and talented Luzinski, who showed how dominant he could be as long as injuries stayed out of the picture. It was his first of three straight .300 campaigns—the only three of his career.

Twenty-six years before Bobby Abreu became the Phillies’ first 30-30 man (30 homers, 30 steals), Schmidt fell short of the achievement by one stolen base.

Odd stat of the year: Bench, a 50-50 proposition in those rare moments when he was called upon to steal a base, swiped 11 without once getting caught in 1975.

Other odd stat of the year: Rose, well branded as Charlie Hustle, played 162 games in 1975 and, for the only time in his career, didn’t successfully steal a base.

His subpar defense notwithstanding—he led the majors in stolen bases allowed (96) and passed balls (28)—Simmons was somehow spurned from the All-Star roster despite, among other exploits, setting the all-time season record for hits by a catcher.

Even bigger and burlier (6’5”, 230 pounds) than star teammate Willie Stargell, Parker said he was done with being platooned and threatened a trade if the Pirates didn’t give him an everyday role. After the above numbers, any such discussion came to a quick end.

A broken rib suffered in midsummer put an end to what looked to be a typically Ruthian effort for Stargell; he bashed only two home runs over his final 38 games.

A down year for the sixth-year Astro—still just 24 years of age—was redeemed as he hit .350 with seven of his home runs over his final 41 games after suffering a broken finger in midsummer.

The remarkable Red Sox rookie statistically showed no mental first-year wilting under the pressure; he hit over .300 in each month of the season, and .389 with runners in scoring position.

While Lynn stole the headlines among AL hitters, Mayberry’s immense numbers undoubtedly made him the sleeper of the year.

The fact that the light-hitting Carew was just one home run off the team lead suggested this: How much more pumped up would his overall numbers been had he played with the more formidable Twins of a decade earlier, with peak-form Harmon Killebrew, Tony Oliva and Bob Allison surrounding him in the lineup?

Off of two new Yankees (Catfish Hunter being the other) transplanted from the Bay Area, Bonds began a period in his career with occasional production, constant frustration, and the moving company’s phone number always on speed dial.

In his ninth and last year at Oakland—at least, until a 1987 swan song to mentor Jose Canseco and Mark McGwire—Jackson led the AL in home runs for the second of four times.

Though his power numbers were subpar by his standards, Singleton proved his first-year value with the Orioles by reaching base safely (295 times) more than any other AL player.

Only Rod Carew would hit more triples among AL players during the 1970s than Brett—even as he didn’t begin playing every day until 1974. The second-year Royal led the circuit in three-baggers for the first of three times over a five-year period.

Master of the Comeback Player of the Year award, Powell joined former teammate Frank Robinson (now managing the Indians) and came alive once more after a couple seasons of assumed fadeout.

Fred Lynn was not a unanimous Rookie of the Year choice, as one voter split his first-place vote between Lynn and co-rookie teammate Rice.

Randy Jones’ luck went in reverse, winning 20 after losing 22 the year before as his improved sinker raised the Padres out of last place for the very first time.

Messersmith pitched like a million—and that’s what he’d soon be worth after playing out his famous option year that the Lords would later regret.

On September 24 at Chicago, Seaver—who won his third and last Cy Young Award—came within an out of nine no-hit innings, but not a no-hitter as a scoreless game continued into extra innings.

For the fifth straight year, Reuss dropped his ERA from the previous season—and this was his biggest one yet, shaving a run off his 3.50 figure of 1974.

Hooton finally fulfilled high expectations in Los Angeles after an early-season trade from Chicago, where he experienced several years of frustration.

The Texan southpaw broke away from a mundane season to date on August and went 6-0 over his final 10 decisions.

What should have been an easy 20-win campaign for Gullett was interrupted by a broken thumb from a comebacker that forced a two-month hiatus upon him.

Hrabosky emerged as one of baseball’s more theatrical closers, stalking behind the mound between batters to psyche up himself—and psyche out his opponents.

In his first full season, Forsch showed strong athleticism on the mound with the above numbers—and at the plate with a .303 average within 78 at-bats with three doubles, three triples and a home run.

Calmed by hypnosis and enrichened with the largest contract ($312,000 over two years) given by the Dodgers to date, Sutton pitched well enough to finally secure a 20-win record—but was denied mostly by a DOA Dodgers offense that gave him only 2.3 runs per start when he didn’t get the victory.

After his 1974 campaign was derailed by a sore arm, Palmer returned to world-class standing with his second AL Cy Young Award and 10 shutouts—the last American Leaguer to reach double-digits.

Catfish Hunter took his act from the Oakland Circus to the Bronx Zoo, and skipped nary a beat to the elation of Yankees fans.

Along with Ken Singleton, Torrez’s first-year presence made it easy to declare the Orioles’ trade to get them both from Montreal for a fading Dave McNally as the steal of the year.

It seemed almost amazing that the White Sox would even need a closer with Wilbur Wood and Jim Kaat engorging on innings, but they got a real good one in Gossage—who broke out after three infuriating first years (4.93 ERA) with in Chicago.

With Catfish Hunter snatched away to New York on a technicality, Blue picked an excellent time to put together his best numbers since his memorable full-season debut in 1971.

The 36-year-old southpaw continued his second wind in the Second City, accumulating more innings than even ironman teammate Wilbur Wood.

Left for dead by the Angels after nearly a decade with the organization, the Yankees took a chance on May and he responded, thanks to adjustments to both his pitching mechanics and his mental health.

Holtzman was one out away from a third career no-hitter on June 8 when the Tigers’ Tom Veryzer doubled against him at Oakland.

A very productive but short tenure in Cleveland came to an end for Perry as he clashed with manager Frank Robinson; he found solace in Texas after a midseason trade to the Rangers. 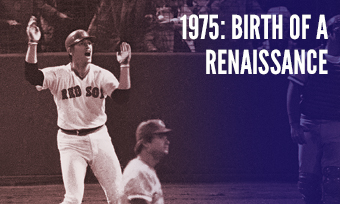