Our list of baseball’s top 10 hitters and pitchers in both the American League and National League for the 2002 baseball season, as well as the awards and honors given to the game’s top achievers of the year.

Pitchers avoided Bonds like the plague as never before, even as the 38-year-old slugger was hounded for part of the year by groin problems.

Giles collected all but nine of his home runs against NL Central competition—over just 85 games.

In his last year with the Expos, Guerrero continued to be the biggest draw for what few Montreal fans still showed up.

As established Astros stars Jeff Bagwell (34) and Craig Biggio (36) started to wane, the Big Puma took over as the Big Guy in the Houston lineup.

Though his omni-potent numbers were starting to thin out at age 35, Walker was still prone to big-time bursts of output; over a 38-game period in June/July, he hit a whopping .435 with 11 homers.

Even though the left-handed-hitting Abreu hit a solid .305 against southpaws, all 20 of his home runs came against righties. That’s 113 out of 117 hit-to-date against right-handers.

Jones’ batting numbers were unaffected by a move from third base to left field to make room for former Rockie Vinny Castilla (who bombed).

Rodriguez remained Barry Bonds’ AL equal as the sure thing at the plate, but MVP votes for the last-place Rangers’ shortstop were harder to come by.

If you can’t beat ’em, join ’em: Giambi took his power show to a Yankees team that ousted his former mates at Oakland from the postseason the previous two years.

In his last year with the Indians before moving on to Philadelphia, Thome saved his most prodigious power display for last at the Jake—smashing a career-high 52 homers, 30 of them at home with a .350 average.

The Venezuelan-born Ordonez became the second White Sock (after teammate Frank Thomas) to hit at least .300 with 30-plus homers and 100-plus RBIs in four straight seasons.

The breakout second baseman was anything but the prototypical leadoff man; he walked only 23 times in 741 plate appearances and set a record for most home runs while hitting first. Soriano had 12 games to become the latest 40-40 man but failed to hit his 40th homer. (In 2006, he would make good on a second shot at 40-40.)

A late surge gave Manny his first and only career batting crown, overcoming challenger Mike Sweeney of the Royals in the last week to nail it down.

Opponents “felt the Bern” Yankee-style one last time as Williams’ reign at the top ended with his eighth straight year hitting over .300, and his seventh straight scoring at least 100 runs. He would hit only .263 over the next four years as he faded into his late 30s.

His star buried in a time of anonymity in Toronto, Delgado made noise with more than his bat by doing more than his bit to contribute to the community—protesting the American military’s use of land in his native Puerto Rico for target practice.

Palmeiro grouped with Alex Rodriguez to become the fifth pair of teammates to combine for 100 home runs—a year after they belted 99 together.

Tejada more than admirably filled Jason Giambi’s shoes at Oakland and gave the AL yet one more A-list shortstop—and the A’s their second MVP since Giambi, two years earlier.

With a career-high win total, Johnson capped his remarkable four-year run for the Diamondbacks that included three ERA titles, 1,417 strikeouts, and four straight Cy Young Awards—making him the second player after Greg Maddux (1992-95) to achieve that.

Schilling grouped with Johnson to become the first pair of teammates in major league history to each strike out over 300 batters.

Snagged from Atlanta in the trade that sent Gary Sheffield to the Braves, Perez liberated himself from three years of frustration—highlighting the year with two one-hitters, near no-no’s that were broken up in the fifth and seventh innings.

With a 2.70 home ERA, Oswalt became the first Astros hurler to conquer the quirks of cozy Minute Maid Park.

A very peculiar presence clad in goggles and goatee, Gagne mixed a sizzling (and, later revealed, steroid-fueled) fastball with a deadly change-up to become an instant world-class closer after three years as a struggling starter.

The Braves seemed to be using a preservation society for the benefit of the 36-year-old ace, who pitched into the seventh inning in only 10 of his 34 starts; mortality would follow as Maddux’ ERA would slip into the 4.00 range starting in 2003.

The once-venerable starter Smoltz, rebounding from Tommy John surgery, was converted to closer and racked up saves with such ease, he broke the NL record.

Kim’s 2002 performance proved that he had overcome the stigma of blowing back-to-back games for the Diamondbacks in the 2001 World Series.

Millwood won 15 of his last 18 decisions after a lackluster start and a chat with a sports psychologist; he was going to need him again after the season when the Braves, looking to dump salary, traded him one-up to the Phillies for unproven back-up catcher Johnny Estrada.

Pitching on pain and fumes, the 32-year-old Nen toiled through the year with a partially-torn rotator cuff, underwent a series of surgeries to repair it after the season—and never returned to the majors, despite vigorous rehab.

Two years after leading the AL in saves, Lowe made an impressive switch from the bullpen to the rotation and gave the Red Sox a solid 1-2 punch with Pedro Martinez.

Bouncing back from an injury-halved 2001, Martinez ran up a career-best streak of 35.1 straight scoreless frames while becoming the first pitcher since Bob Grim (in 1954) to record 20 wins on less than 200 innings.

The final piece of the A’s Big Three puzzle, Zito became the Cy Guy in Oaktown with a devastating curve ball.

What Oakland’s Big Three—Barry Zito, Tim Hudson and Mark Mulder—couldn’t finish, Koch often could. But he sure worked hard to do it; not only did he lead the league in appearances, he also averaged a career-high 17 pitches per inning.

After a 7-9 start, Hudson won his last eight starts to keep alive a streak of seven straight seasons to begin his career with single-digit loss totals.

The resilient knuckleballer, who even at age 36 was nowhere near ready to hang ‘em up, was promoted back to the rotation late in the year and won eight games down the stretch.

Where the Rally Monkey wasn’t—on the road—Washburn was, winning 13 of his 18 games outside of Anaheim.

Mulder’s continued star turn was just yet another reminder to anyone who saw Moneyball that the 2002 A’s were hardly a collection of rejuvenated rejects.

The veteran Angels closer certainly embraced the Rally Monkey; he won all four of his games, blew just one save, and posted a 1.56 ERA at Angel Stadium. 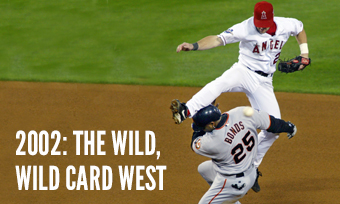 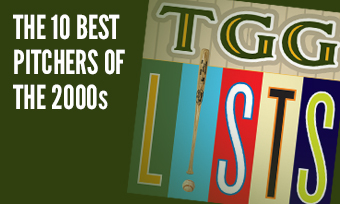 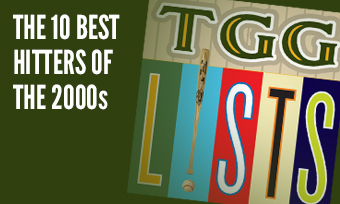