Our list of baseball’s top 10 hitters and pitchers in both the American League and National League for the 2016 baseball season, as well as the awards and honors given to the game’s top achievers of the year.

For the second straight year, Arenado collected over 40 home runs and 130 RBIs; only Jimmie Foxx and Chuck Klein had also previously done that before turning 26.

The second-year Bryant had two five-hit games with at least two least home runs included, something done by only one previous major leaguer (Joe Carter in 1986); he was the fourth MVP to earn the honors after winning the Rookie of the Year award one season earlier.

After a miserable start to the year, the Reds were able to play .500 ball in the second half because Votto hit .400 during that same time.

Murphy earned every penny of his rich new contract with Washington, saving his best stuff for when he faced his former Mets mates. His chance to win the NL batting title failed when he flied out in a pinch-hit appearance on the season’s final day.

With the Braves at their low point with an 18-46 record on June 15, Freeman sparked the team with his lone career cycle—and fueled the revived Braves through to the end of the year with a 30-game hit streak.

One would think that the bulky Arizona star slugger would collect more home runs than steals, but there you are.

One of the more visible players leading the bushy-beard movement, Blackmon eased on the speed (with stolen base totals dropping from 43 the year before) while pressing on the power (from 17 to 29).

Rizzo was almost every bit as good as NL MVP Kris Bryant, with the same batting average, on-base percentage (.385) while he was just 10 points behind Bryant’s .554 slugging percentage.

In a year of bad trades instigated by the Diamondbacks, Segura proved that at least one worked in Arizona’s favor. The ex-Brewer was arguably the majors’ premier leadoff catalyst.

As David Ortiz was successfully bowing out of his career, the pro bowling hobbyist was successfully at the beginnings of his; hidden within his MVP-level numbers were two three-homer games—the first two of many to come.

Altuve remained the best little ballplayer in the majors, with the expected (high average, many hits and steals) and the unexpected (career highs in home runs and RBIs).

No one hit more doubles, home runs and drove in more runs in his final season than the 40-year-old Big Papi; it was actually his most prodigious season since his peak years back between 2004-07.

The AL East momentarily had the reigning AL MVP figured out—limiting him to a .240 average—but he batted .321 against the rest of baseball.

Dozier became the first player in nearly 40 years to hit 40 homers for a 100-loss team.

In his last year at Toronto before signing a rich pact with Cleveland, Encarnacion set a career mark for RBIs in the midst of a seven-year stretch in which he knocked in at least 100—except one season (2014) when he collected 98.

Known for his quick starts in games, Machado became only the second major leaguer to go deep in each of the first three innings of a single contest, on August 7 at Chicago against the White Sox.

Cano rediscovered his power touch and then some, smashing a career-high 39 homers after collecting 35 in his first two years combined at Seattle.

Hendricks channeled Greg Maddux with both his ability to baffle hitters, pitch economically, and to top the ERA charts.

The veteran southpaw gave up his runs at the right time; 18 of the 21 home runs he surrendered were solo, while opponents hit .173 against him with runners in scoring position.

A midseason back injury—something that would become chronic in the years to follow—left Kershaw 13 innings shy of qualifying for a likely fifth ERA title in six seasons.

The Mets’ closer set franchise marks for saves in a season and the most consecutive (52) opportunities without blowing one.

A catcher in his early minor league days, Jansen scored a career-high number of saves.

On his way to becoming the sixth pitcher to win Cy Young Awards in both leagues, Scherzer also put up a 20-strikeout performance in which 96 of his 119 pitches were strikes.

Strong and steady regardless of which uniform he wore, Melancon surged his way to free agency where he picked up a lucrative contract with the Giants; too bad he wouldn’t be able to live up to it.

Greatness lost well before his prime; the 24-year-old Cuban native, bouncing back from Tommy John surgery, ran his career home record to a record-setting 17-0 and struck out a major league-high 12.5 batters per nine innings. And then, suddenly, he was gone.

The strong-armed lefty was again so ferocious while batting right-handed that he became the first pitcher in 40 years to tell the DH to sit down when given a start at Oakland on June 30; he also set a Giants franchise record for most the most K’s (241) by a southpaw.

Porcello muted the volume on those who criticized Boston for giving him an annual $20 million salary. Getting 6.6 runs per start certainly didn’t hurt his prospects for winning AL Cy Young honors.

A year after getting shafted by low-supportive teammates who pegged him with an AL-high 16 losses, Kluber return to higher winning terrain.

A fleeting high point for the soon-to-be oft-injured youngster, saving his best stuff for the year’s last start when he took a no-hitter into the seventh at Boston.

Righting himself from a recent dry spell, Verlander finished a close second in the AL Cy Young Award vote despite garnering twice as many first-place nods as anyone else.

Like teammate Jose Bautista before him, Happ found sudden success after years of living an infuriating, nomadic major league existence.

Britton didn’t suffer a single blown save and recorded the lowest-ever ERA by anyone throwing over 50 innings—but he’ll be remembered for the one game he didn’t play, the Orioles’ AL Wild Card loss at Toronto in which he never left the bullpen.

The White Sox learned a valuable lesson in attempting to tolerate and tame the tall, tense lefty: Never make him put on a throwback jersey. This, after Sale reacted violently to the team’s decision to wear collared uniforms from the 1970s—cutting them all to pieces before his teammates could put him on.

Despite a fantastic first-year effort that included AL Rookie of the Year honors and a Tigers-record streak of 34 consecutive scoreless innings, Fulmer was content to keep working his offseason day job as a plumber’s assistant.

The third-year Yankee ran his record of four years—including his last in Japan before moving to the States, when he finished 24-0—to 63-16.

When Shawn Tolleson fell apart in May, Dyson took over as the closer and made sure that the Rangers wouldn’t skip a beat in the ninth, finishing third in the AL in saves. 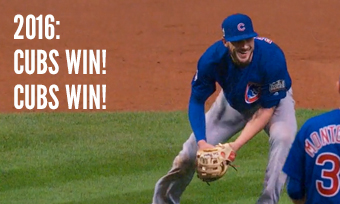