The Braves’ 10 Most Memorable Games

THE BRAVES BY THE DECADE

The longest continuing major league franchise, the Braves were founded in 1871 as one of nine charter members of the National Association by baseball’s Wright Brothers, Harry and George. The Red Stockings, as they were originally named, dominated the NA with four pennants before the league broke up and the team fled to the National League for that circuit’s inaugural 1876 campaign. More success followed, with eight more pennants—including four during the 1890s behind pitching rock Kid Nichols (who averaged nearly 30 wins during the decade) and a bludgeoning 1894 squad that hit .331, scored nine runs per game and was paced by Hugh Duffy’s .440 average—the highest ever recorded, modern or pre-modern.

The franchise tumbled badly into the new century, stung by the birth of the crosstown AL Red Sox and a severe lack of stability created from a merry-go-round of changing ownership. Horrible hitting made life terrible for the pitching staff; in back-to-back years (1905-06), Boston fielded four 20-game losers. Hall-of-Fame pitcher Vic Willis suffered the worst of the punishment, losing a modern-era 29 games in 1905 before escaping to a far superior Pittsburgh team.

The Braves’ losing ways got worse before things got better—and when they did, it came with blindsiding force, streaking out of last place midway through the 1914 season like a team possessed to capture the NL pennant in advance of a remarkable sweep of the heavily-favored Philadelphia Athletics in the World Series. The spoils of the “Miracle Braves” championship included several years of stability and a new home (the 43,000-seat Braves Field, at the time the majors’ largest ballpark), but futility returned by decade’s end.

The Braves played the role of lambs during the Roarin’ Twenties, falling behind the times by maintaining a deadball era attitude while the rest of baseball powered up. Only once during the decade did the Braves manage a winning season (in 1921, at 79-74) but otherwise lost a yearly average of 95 games—ironically bottoming out in 1928 despite the presence of star hitter Rogers Hornsby, who managed to escape after one year. Judge Emil Fuchs, who bought the Braves in 1923, showed his displeasure for the lack of progress by naming himself manager in 1929 (he lost 98 games).

Respectability returned to the franchise early in the 1930s thanks to esteemed manager Bill McKechnie and power hitter Wally Berger, who almost single-handedly shouldered the Braves’ offense for six years. But it all fell apart in 1935 when Fuchs brought in an aging Babe Ruth with the (empty) promise of front office involvement, resulting in a 38-115 record that’s the worst in modern NL history. In an attempt to shed the losing image, the Braves were renamed the Bees in 1936; the rebrand lasted only five years.

The Braves struggled through the war years, failing to shake their standing as second division nomads despite the star exploits of outfielder Tommy Holmes. But worldwide peace brought new hope for the team, and the emergence of Warren Spahn and Johnny Sain—A-list pitchers the Braves had badly lacked for 30 years—gradually helped lift the team to contender status, peaking in 1948 with its first NL pennant in 34 years before losing a six-game World Series to Cleveland.

An early-decade decline in play led to a stunning collapse at the gate, forcing owner Lou Perini to okay the majors’ first relocation in 50 years when he shifted the Braves to Milwaukee. The move’s impact was instant and historic; the Braves shattered NL attendance records in Wisconsin, and the team responded with two NL pennants and a world championship in 1957 behind future Hall-of-Famers Hank Aaron, Eddie Mathews and Spahn, who averaged 20 wins per year during the 1950s.

The honeymoon had barely ended in Milwaukee when the divorce took place. A combination of fan complacency and dissatisfaction with ownership led to an unexpected second move by the Braves in 13 years; Atlanta would be the next stop. Constant success became more fleeting but the Braves remained entertaining on the field, with Aaron continuing to dominate. Atlanta’s first postseason appearance took place in 1969 but the Braves fell short in the inaugural NLCS to that “other” miracle team, the New York Mets.

The Braves entered a substandard period that was offset, early in the decade, by Aaron’s high-profile chase of Babe Ruth’s all-time home run record; exhausted and often mentally tortured by the limelight and bigoted hate mail, Aaron finally surpassed Ruth with his 715th career homer in 1974. A hangover ensued for the franchise and attendance began to sag; the late 1970s were notable only for the colorful (and often annoying, to other owners) shenanigans of new Atlanta lord Ted Turner and the knuckleballing antics of tireless pitcher Phil Niekro.

The Braves finally found solid footing in 1982 when they were sparked by squeaky-clean slugger Dale Murphy and a solid supporting cast to earn their first postseason appearance in 13 years. The resurgence re-awoke Atlanta fans and the Braves enjoyed a national following through Turner’s nationwide cable outlet WTBS, self-proclaiming themselves as “America’s Team.” But reality set back in during the late 1980s as the Braves badly regressed in the standings—and at the gate.

After another last-place finish to start the decade, the Braves stunned the nation with an unprecedented worst-to-first campaign, riding excellent pitching from John Smoltz and Tom Glavine and spirited leadership from third baseman Terry Pendleton to the World Series—where they lost a memorable seven-game set to Minnesota. Hooking in future Hall-of-Famers in ace pitcher Greg Maddux and infielder Chipper Jones only heightened the Braves’ decade of dominance—finishing first in their division every year throughout the 1990s except the strike-shortened 1994 season. Postseason play proved much less successful, as the Braves snagged only one World Series title, in 1995.

The Braves maintained their excellence through 2005 behind the veteran and crusty manager Bobby Cox, but success continued to elude them in the postseason, failing even to win one NL pennant. After placing first for 14 of 15 seasons, the Braves finally slid toward commonality, showing signs of a rebirth at decade’s end with a refreshed rotation led by Tim Hudson and Jair Jurrjens. Through it all, Chipper Jones remained the team leader, playing at an All-Star level well into his 30s to help keep the Braves respectable.

Cox presided over one final season to start the decade and returned to the postseason; after his departure, successor Fredi Gonzalez kept the winning spirit going with the arrival of tough-as-nails first baseman Freddie Freeman and a stingy bullpen led by top closer Craig Kimbrel. A mid-decade downturn led to a housecleaning—and then a move to a new house, as the Braves departed Turner Field after just 20 years for Truist Park in Cobb County, closer to the majority of their fan base. The Braves experienced a fast-track rebound at decade’s end thanks to exciting new blood in speedy Ronald Acuna Jr. and second baseman Ozzie Albies.

Beyond Acuna and Albies, the Braves continued to be infused with a glut of hot young talent with the arrival of third baseman Austin Riley, outfielder Michael Harris II, and pitchers Max Fried, Kyle Wright and Spencer Strider. To ensure that they stuck around, the Braves locked most of them up with long-term contracts well before they hit free agency, betting bags of money on a big decade to come. So far, so good; the Braves won it all in 2021 with a furious second-half rally, and chalked up a 101-win campaign a year later.

Highlights of the Braves’ History on This Great Game:

1914: The Miracle Braves Cellar-bound in July, the usually hapless Boston Braves perform one of the game’s greatest turnarounds.

1935: The Babe’s Bittersweet Bow Out Babe Ruth’s final year in the majors is full of decline, frustration—and one last marvel of immortality.

1957: If Casey Had a Hammer Hank Aaron ascends to the superstar elite and gives Milwaukee its first World Series title.

1991: From Worst to First Out of nowhere, the Minnesota Twins and Atlanta Braves leap to the top and put on one of the most memorable World Series.

2021: Once Underachievers, Now Underdogs The Atlanta Braves, once so dominant yet unable to win Baseball’s big prize, performs a role reversal by ruining the championship ambitions of presumably stronger teams in the Dodgers and Astros.

Ballparks of the Braves 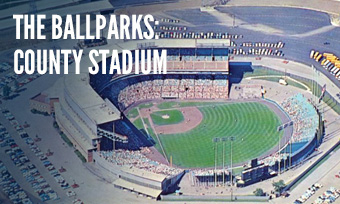 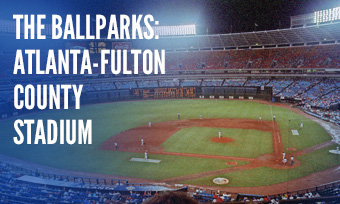 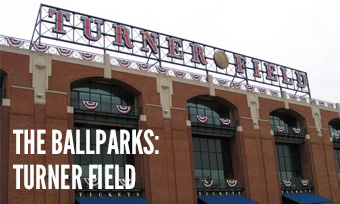 Who’s on the Mount Rushmore of the Atlanta Braves?

Hall-of-Fame icon who long held the career home run record, adored by Braves fans in both Milwaukee and Atlanta.

Ageless left-handed ace who won post-deadball era-record 363 games, all but a handful with Braves.