Our list of baseball’s top 10 hitters and pitchers in both the American League and National League for the 1958 baseball season, as well as the awards and honors given to the game’s top achievers of the year.

Not even a blistering start in which he hit .400 into mid-June could keep Mays, a transplanted “New Yorker,” from becoming adapted by Giants fans who greeted him as coolly as the San Francisco fog.

It seemed all too understandable that Banks, who never played in a postseason, would became the first NL MVP recipient to play for a sub-.500 team. (He’d become the second such player the following year.)

A relatively quiet year for Hammerin’ Hank, with a set of numbers that 99% of the other major leaguers would be shouting for joy over.

With sunset approaching for an aging yet still effective Stan Musial, Boyer grabbed the mantle as the Cardinals’ primary, everyday offensive weapon—and with his first of four Gold Gloves, wasn’t all that bad at third base, either.

The Phillies’ latest one-year wonder at the plate, following Stan Lopata and Ed Bouchee; Anderson shined in what would be his second of only three full-time campaigns at the major league level. He’s also the last player to date (and likely for a long time) to lead the majors in strikeouts with less than 100.

While Frank Thomas got most of the marquee love at Forbes Field, Skinner emerged as the most complete Pirate at the plate, doing a little bit of everything and a little bit more.

The 29-year-old slugger set a career high in home runs—but it could have been far more; Forbes Field’s macro-distant field dimensions limited him to just nine dingers at home.

Shades of 1930: The last-place Phillies led the NL in batting average and hits, thanks mainly to Ashburn.

One of four everyday rookie Giants, Cepeda became an instant favorite in the Golden Gate City because, unlike Willie Mays, he previously never wore a cap with “NY” upon it.

In a year where the Reds’ vaunted slugging core went into brownout mode with a 35% drop in home runs, Robinson maintained the power as the only team member hitting over 16.

With the Dodgers and Giants departed, Mantle finally claimed, without argument, that he was the best center fielder in New York.

Cleveland fans had starry-eyed visions of Colavito, in his breakout year, as the next Mantle—and maybe even the next Whitey Ford; he threw three scoreless innings in an emergency relief stint.

Jensen added the AL MVP to a résumé that also included appearances in the Rose Bowl and World Series.

Two years earlier, Cerv was dealt from the Yankees to the A’s when Casey Stengel sidled up to him and said, “Nobody knows this, but one of us has been traded to Kansas City.” After his fantastic year in the Midwest, the Yankees were, for the moment, perhaps wishing that it was Stengel who left.

Williams enjoyed his last batting title in the same year the Red Sox enjoyed their last winning record for the next nine years.

The Senators’ slugger signed the biggest one-year contract ($36,000) in franchise history to date; if it wasn’t for a mild September, he would have reached 40 homers for a second straight season.

Whereas Sievers longed for a trade to the Red Sox and join Ted Williams that never became reality, Runnels ended up living the fantasy and saw his batting average hike up nearly 100 points.

Exiled from Chicago and spacious Comiskey Park, Minoso arrived in Cleveland and set a personal mark for home runs.

Though the Tiger star’s numbers continued to trend downward, he was still a viable enough threat that he made his fourth of 15 All-Star Game rosters.

Even as the wear-and-tear of so many years playing everyday catcher began to catch up, Berra was still efficient enough to nearly drive in 100 runs with 30-plus games to spare.

Burdette was 11-2 with 11 complete games over the final two months to publish his first of two consecutive 20-win seasons.

Spahn became the first nine-time 20-game winner among southpaws; the career .194 hitter even had his bat magic in sync, pushing a .333 mark over 108 at-bats with nine extra-base hits.

The rest of the Pirates began to get with the program Friend had adopted a couple of years earlier, finishing above .500 for the first time in 10 years; his 22 wins were the most by a Pirate since Burleigh Grimes in 1929.

Not to be confused with Sad Sam Jones circa 1920, this Sam—who went by “Toothpick Sam” because it always seemed he had one in his mouth—became the first NL pitcher to record 200-plus strikeouts in 17 years.

Temporarily safe from the knock-down gusts of Candlestick Park (which had yet to be built), Miller won only six of his 20 starts and none of his 21 bullpen appearances—thus notching the fewest wins by an ERA leader until Joe Magrane in 1988.

After two years of taking a constant pounding that suggested a career burnout, Roberts briefly returned to fine form—and for the first time in five years didn’t lead the NL in home runs surrendered.

Grabbed from the Pirates, Purkey immediately established himself as the Reds’ staff ace—a position he would by and large maintain for the next five seasons.

It wasn’t quite the magnitude as Lou Brock-for-Ernie Broglio, but Brosnan’s move to the Cardinals for a fading Al Dark would work one-sidedly in St. Louis’ favor.

Another bounce-back for Antonelli, having something of an up-and-down decade—though as an admitted hater of the San Francisco summer chill, he would have rather been back at the Polo Grounds.

Ford not only cut down on the walks that plagued him early in his career— resulting in a career-low ERA—but cut the number of steals committed on his watch all the way to zero; he’d do it again in 1959.

Pierce led (or co-led) the AL for the third straight year in complete games—and one of them, on June 27 against Washington, would have been a perfect one had he just gotten the 27th batter out. He didn’t.

The Beltway was very generous to the young southpaw, who went 11-4 with a 2.20 ERA in 23 combined appearances at Baltimore and Washington.

Leading the AL for the fourth time in five years in opposing batting average, Turley finally got support from his teammates—and recognition from voters who gave him the Cy Young Award.

After taking major league life on the chin in four tough years with the Philly/K.C. A’s, the sweet-sounding Portocarrero found relative solace in the spacious confines of Memorial Stadium.

As deplorable as Harshman’s 2.7 runs per start was, it could have been worse without his own bat; he was fifth on the team in home runs, with six.

A long and winding road for McLish, which began as an 18-year old for the wartime Dodgers (1944) with numerous minor-league stops to follow, finally came to an agreeable destination as a reliable member of the Cleveland rotation. 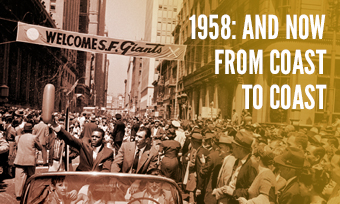